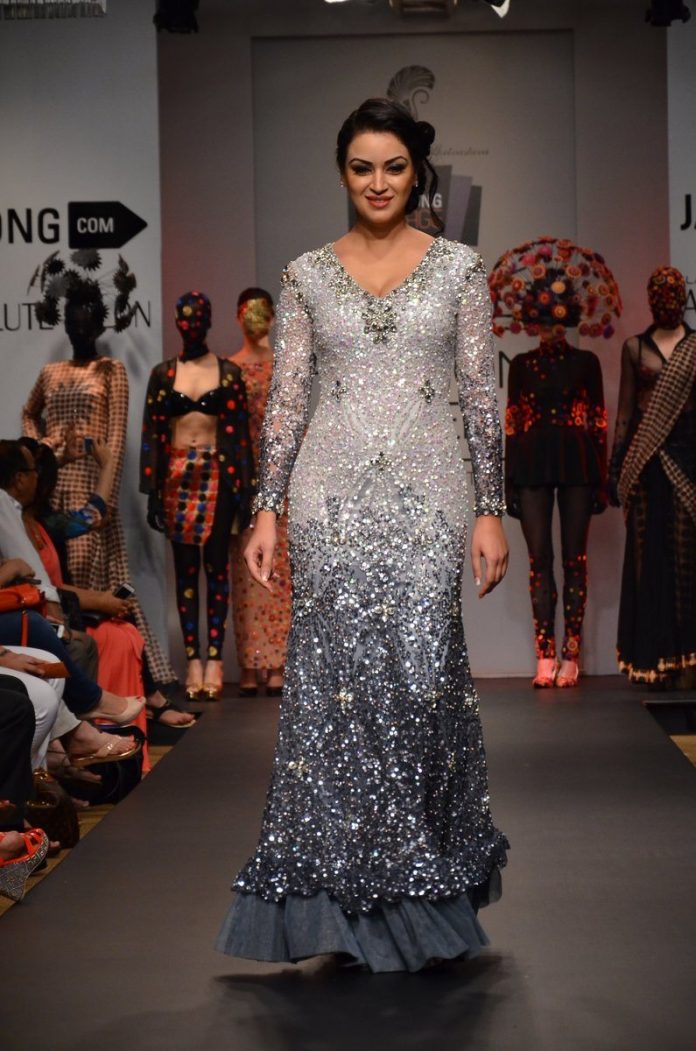 BollywoodGaram.com: Swedish-Iranian actress Maryam Zakaria – who has starred in various Bollywood and Tollywood movies – walked the ramp for designer Sourabh Kant Shrivastava at the Lakme Fashion Week 2014 show on March 13, 2014. Maryam looked ravishing on the ramp, as she was wearing a glittery silver and grey outfit.

The actress had a special appearance in the 2009 movie ‘Paying Guest’, after which she appeared in many Hindi, Tamil and Telugu movies. Apart from being an actress, Maryam is a dance teacher and choreographer and has also established a Bollywood Dance School.

The Indisk Dans Studio is the first dance school in Sweden which teaches the Bollywood form of dancing.