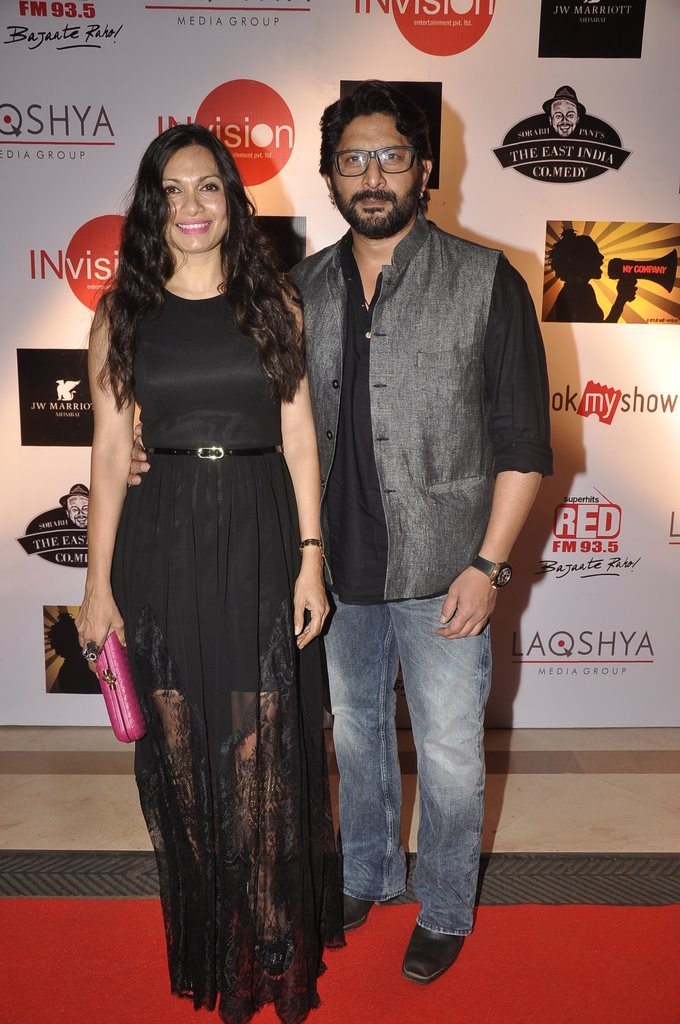 BollywoodGaram.com: Actor Arshad Warsi and his wife, actress Maria Warsi attended the Ghanta Awards 2014 ceremony in Mumbai on March 14, 2014. Ritesh Deshmukh was another Bollywood celebrity who attended the event.

The Ghanta Awards are the Indian version of the Golden Raspberry Awards, which recognize the worst of Bollywood. Prashant Rajkhowa and Karan Anshuman are the founders of the awards. The word ‘Ghanta’ means bell and is used in its more irreverent forms. The awards are given on the basis of online voting and the public can vote in different 13 categories in order to select the worst from the film industry.

The first Ghanta award ceremony was held in February 2011 at Tian Santorini.