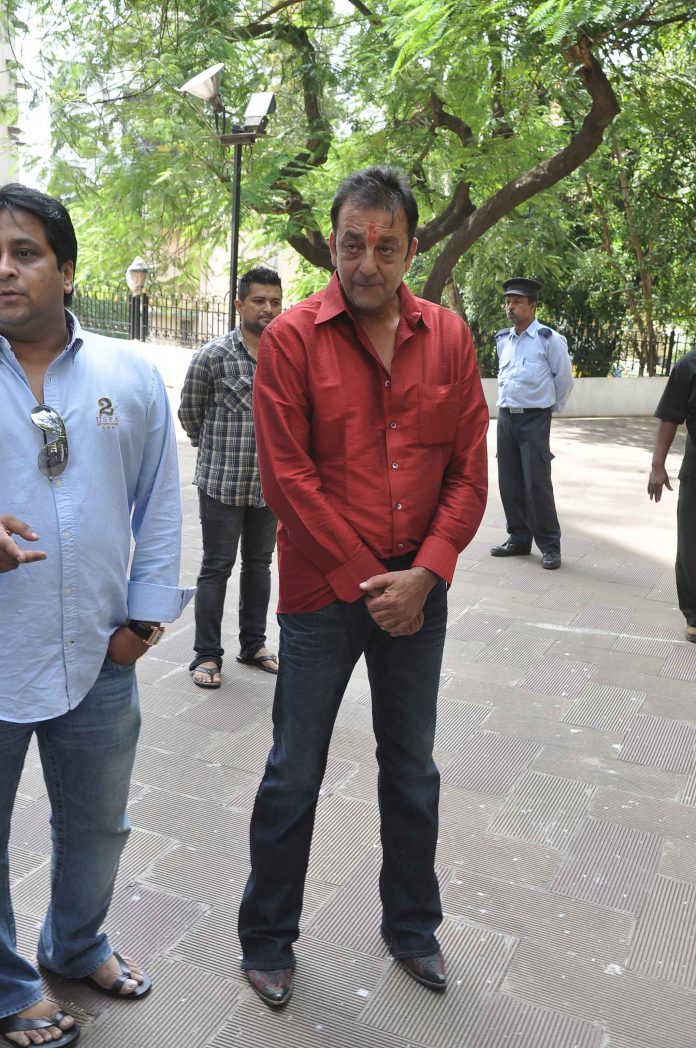 BollywoodGaram.com: Indian actor Sanjay Dutt – who was out on parole due to wife Manyata’s illness – will be returning to jail on March 21, 2014. Dutt’s parole – which was extended in the 1993 Mumbai serial blasts case – ends on Friday, March 21, 2014.

The ‘Munna Bhai’ actor applied for parole as Manyata was reportedly diagnosed with a tumor in the liver, as well as a suspected heart ailment. Sanjay was able to get parole of 30 days in January 2014 and later, the actor applied for an extension in February 2014 which was granted until March 2014. The doctor who is treating Manyata Dutt said that she has to undergo a few tests, after which it will be decided if she has to undergo a surgery.

The ‘Vastav’ actor is serving his remaining three and a half years of imprisonment at Pune Yerawada jail for illegal possession of weapons related to the 1993 Mumbai blasts case. Sanjay celebrated Christmas, Mahashivratri, New Year’s Eve and Holi at home with his family and will now have to return to jail. A convict is eligible for ninety days parole in a calendar year and the actor has already taken sixty days.

Manyata was admitted to the Global Hospital on January 8, 2014 after she fell unconscious at home.