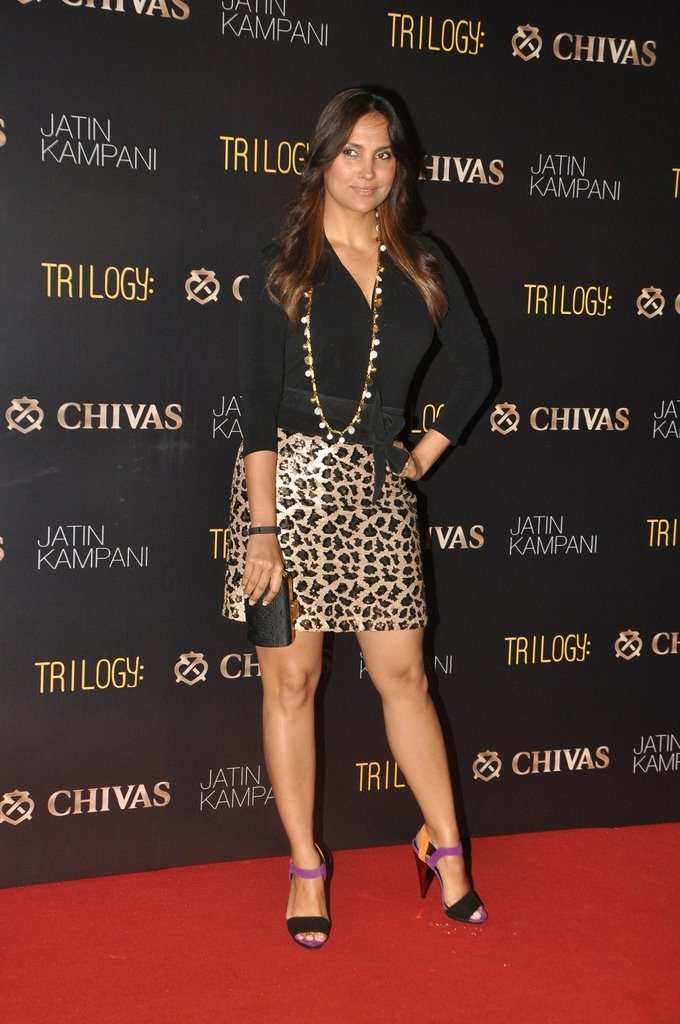 BollywoodGaram.com: Bollywood celebrities gathered to attend a bash which was thrown by Jatin Kampani at Trilogy in Juhu area in Mumbai. Actress Lara Dutta was seen at the event after a long time and looked gorgeous.

Dutta was seen in a sequined Banana Republic skirt as she arrived at the event. Lara gave birth to a baby girl on January 20, 2012 and the happy news was announced by the proud father Mahesh Bhupathi through a social networking site. Lara and Mahesh were married in a civil ceremony in Bandra. Later, the couple hosted a ceremony on February 20, 2011 at Sunset Point in Goa.

The actress confirmed that she was expecting her first child on August 1, 2011.