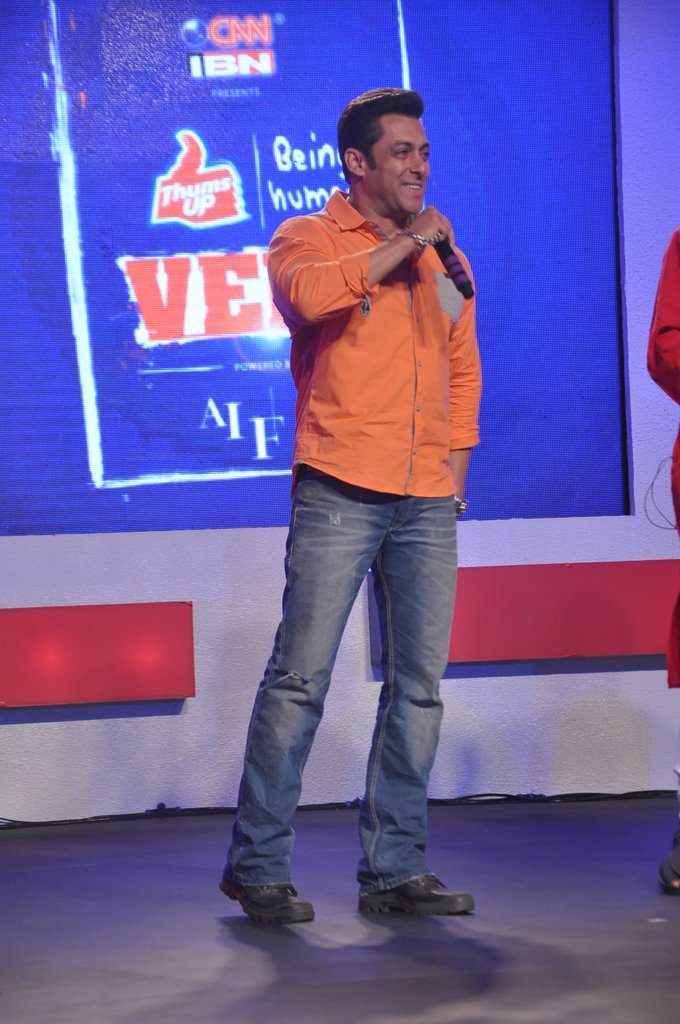 BollywoodGaram.com: Bollywood superstar Salman Khan attended the completion of the first leg of the Being Human-CNN IBN campaign Veer and the event was held at the Lalit Hotel in Mumbai on March 23, 2014. Other actors who were also present at the event included Dolly Bindra, Gulshan Grover, Swara Bhaskar, Vishakha Singh and Hasleen Kaur.

The ‘Dabangg’ actor was seen shaking a leg with dancers on the stage. Thums Up unveiled the Veer campaign with the brand ambassador Salman’s Being Human Foundation, as well as American India Foundation and CNN-IBN as implementation partners.

Veer is a two-month campaign which raises funds in order to provide special training to people with disabilities and empower them economically.