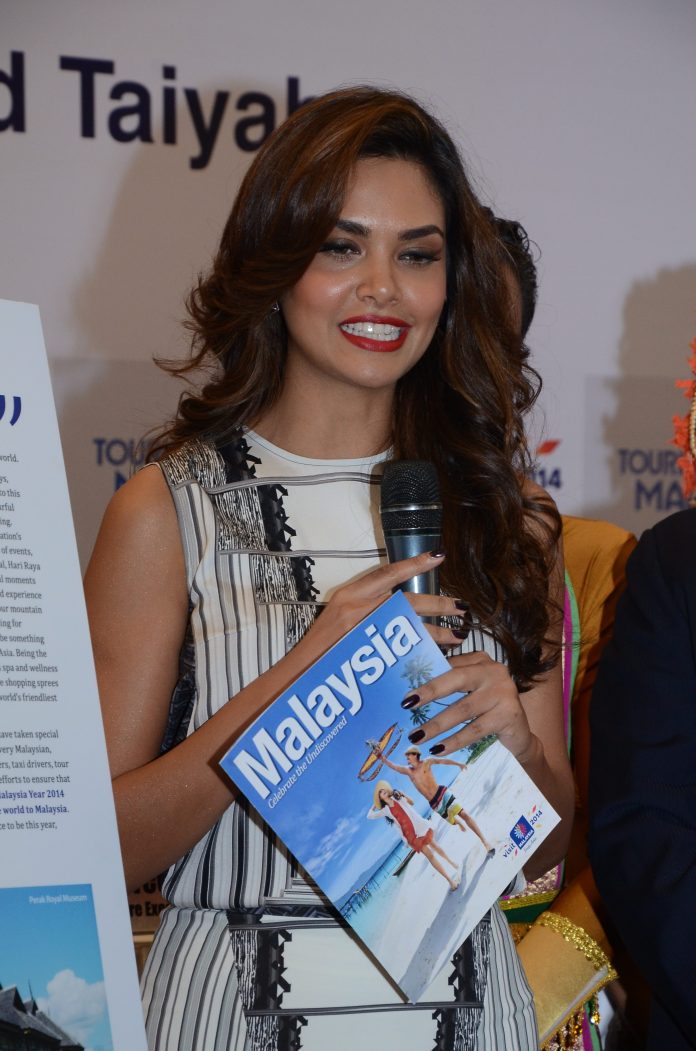 There were artists dressed up in traditional Malaysian outfits during the press conference. Esha posed along with Malaysian cultural dancers and was dressed in a white and black outfit. The ‘Razz 3D’ actress started her career in Bollywood with Mahesh Bhatt’s movie ‘Jannat 2’ opposite Emraan Hashmi and was also featured in the Kingfisher Calendar in 2010.

The actress made a special appearance in the movie ‘Gori Tere Pyaar Mein’ in the song ‘Dhat Teri Ki’.