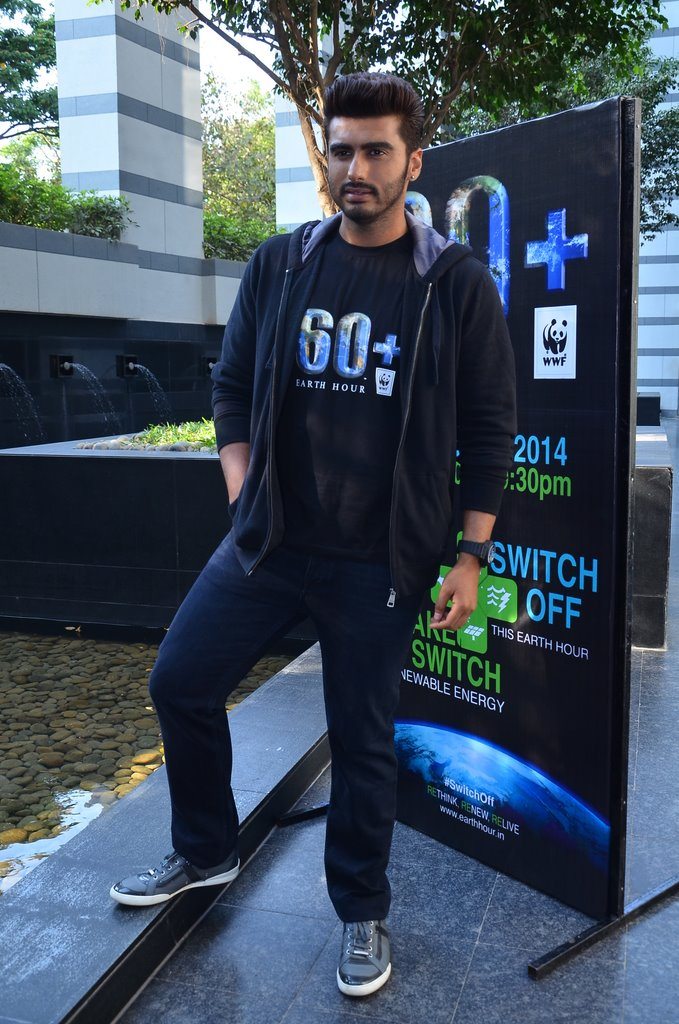 BollywoodGaram.com: Bollywood actor Arjun Kapoor has been announced as the brand ambassador of the Earth Hour, which will be observed on March 29, 2014. The ‘Gunday’ actor attended a press conference on March 25, 2014 to announce the upcoming event.

The ‘Ishaqzaade’ actor during the press conference said that being a youth icon, as well as influencing people is always good. He explained that this is something important as it can create an impression on the minds of people, which can bring a change in India. Citizens under the Earth Hour initiative are asked to switch off all of their electricity for an hour.