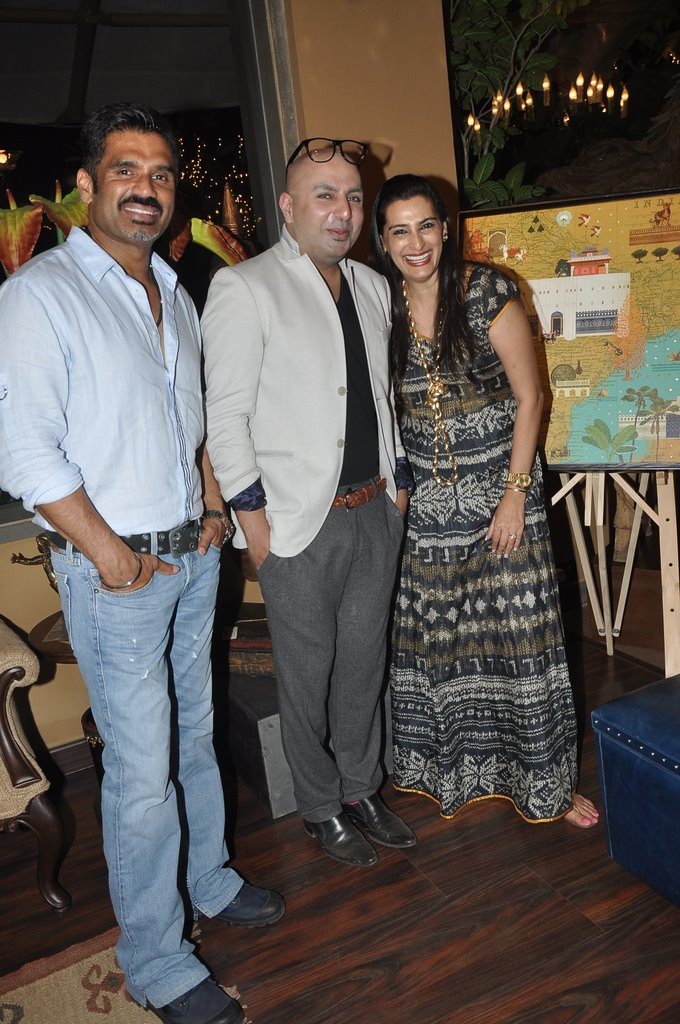 BollywoodGaram.com: Bollywood actor Sunil Shetty and his wife Mana Shetty organized a bash at their interior showroom in Mahalaxmi in Mumbai on March 25, 2014. The interior design store was opened by Mana in 2013 in Mumbai.

Mrs. Shetty is known for her profound interest in designing and launched their new ventures S2 and R House Interior matter along with husband Sunil. Sunil and Mana have been married since 1991 and have two children together. Apart from designing, Mana also runs an NGO for underprivileged kids. Sunil also owns restaurants known for their Udupi cuisine and also owns clothing boutiques.

The actor was last seen in the movie ‘Jai Ho’, opposite Salman Khan.