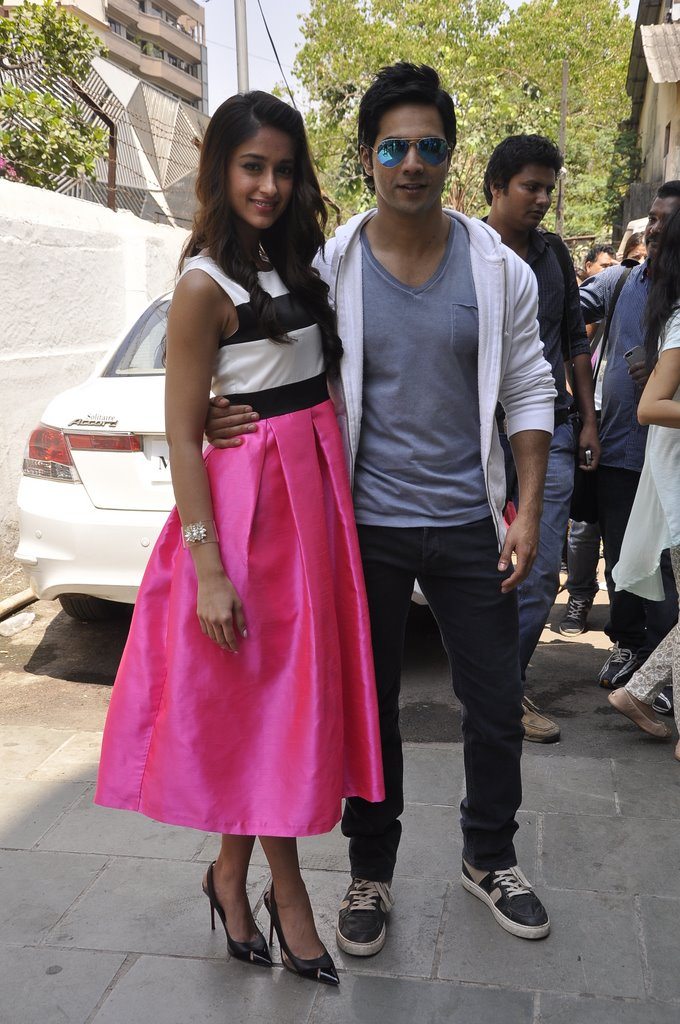 For the promotions, Ileana looked pretty in a pink skirt and a black and white top. While on the sets, Varun and Ileana interacted with participants and also performed for the audience. ‘Main Tera Hero’ is a remake of the Telugu movie ‘Kandireega’. The makers released the official trailer video of the movie on January 23, 2014, in the presence of the cast.

The movie has been shot in Bangkok, Bangalore and London.