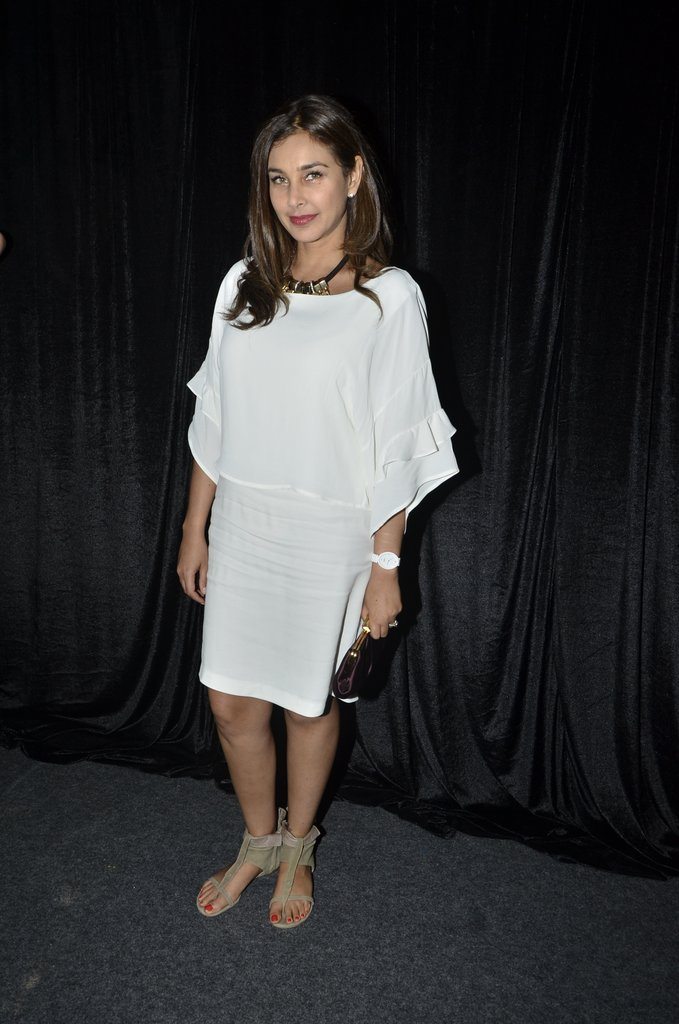 BollywoodGaram.com: Canadian actress Lisa Ray made an appearance during the Day 1 of the Wills Lifestyle India Fashion Week autumn winter 2014, which began in Mumbai on March 26, 2014. The actress was in town to support her friends Shantanu and Nikhil Mehra and attended their cocktail bash.

Ray was snapped backstage at the fashion show. The ‘Kasoor’ actress looked lovely in a white outfit. In 2009, Ray was diagnosed with multiple myeloma, which is a cancer of the white blood cells known as plasma cells.

In April 2010, the actress announced that she was cancer-free after undergoing a stem cell transplant.