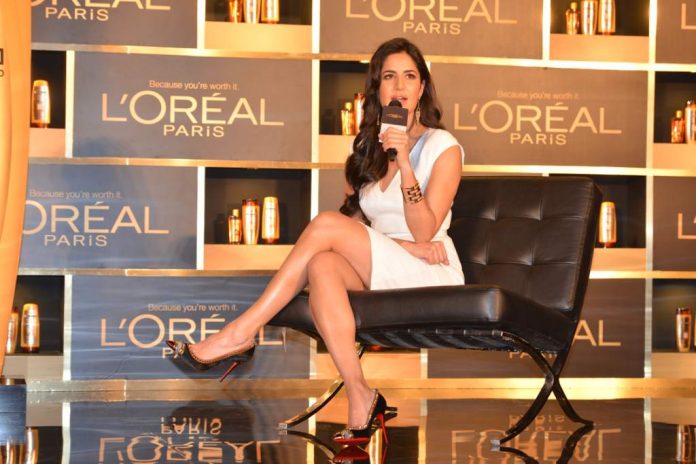 BollywoodGaram.com: Bollywood actress Katrina Kaif has denied rumors that she will be starring in the upcoming movie ‘Raees’, opposite Bollywood superstar Shahrukh Khan. There were reports that the two stars will come together for the Rahul Dholakia movie.

Earlier, Katrina and Shahrukh were seen in the movie ‘Jab Tak Hai Jaan’. While talking to reporters, the Bollywood beauty said that she does not know where the news has come from and that there is no decision made so far. Kaif revealed that she is working on three movies at the moment, which include ‘Jagga Jasoos’ , ‘Phantom’ and ‘Bang Bang’.

The ‘Dhoom 3’ actress also revealed that she is in talks for two more movies, but she cannot reveal anything about them at the moment. Even filmmaker Rahul denied the rumours by saying that they have not approached her so far, but will surely finalise the leading lady in a few weeks. Reports say that Katrina has been offered a role in Ashutosh Gowarikar’s period movie, but the actress did not seem to be in the mood to reveal any additional details.

At present, Katrina is busy working with Hrithik Roshan on the upcoming movie ‘Bang Bang’ and ‘Jagga Jasoos’ with Ranbir Kapoor. The actress has delivered two hit movies with Ranbir in the past, ‘Ajab Prem Ki Gajab Kahani’ and ‘Rajneeti’.