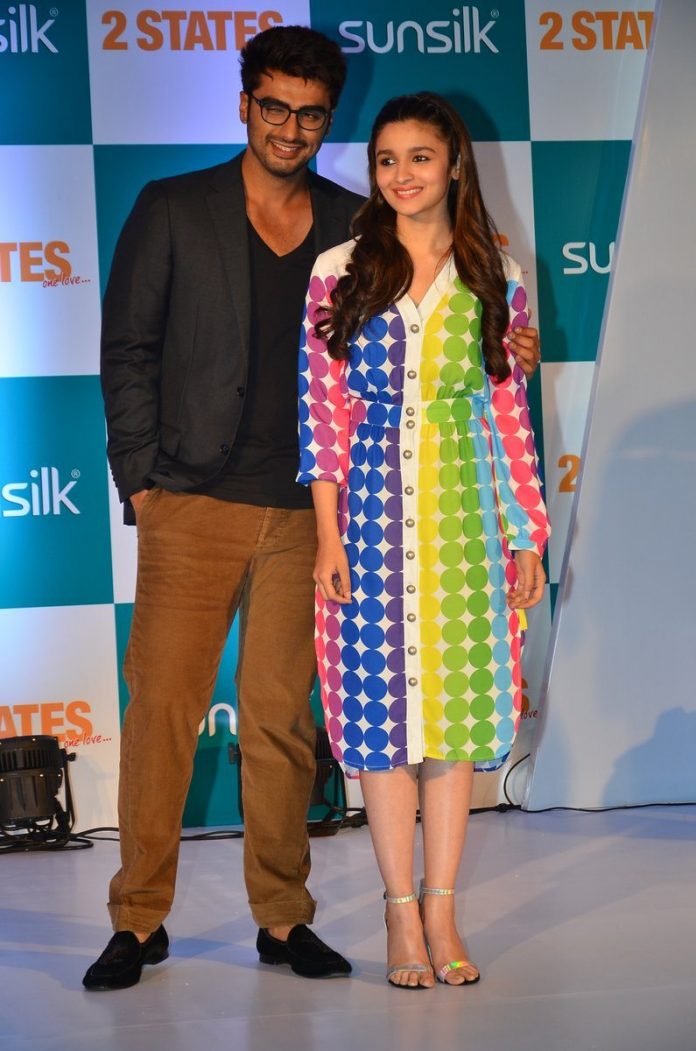 BollywoodGaram.com: Bollywood stars Alia Bhatt and Arjun Kapoor attended a press event which was organized to announce the tie-up between their new movie ‘2 States’ and Sunsilk in Mumbai on March 28, 2014. ‘2 States’ is an upcoming romantic comedy which is based on Chetan Bhagat’s book of the same name.

During the press event, Bhatt said that she was reading the book while she was shooting for the movie ‘Student Of The Year’. The actress went on to say that she never thought that a movie would be made on this and she really liked the character of Ananya in the book.

Bhatt looked pretty in a colorful outfit at the event.