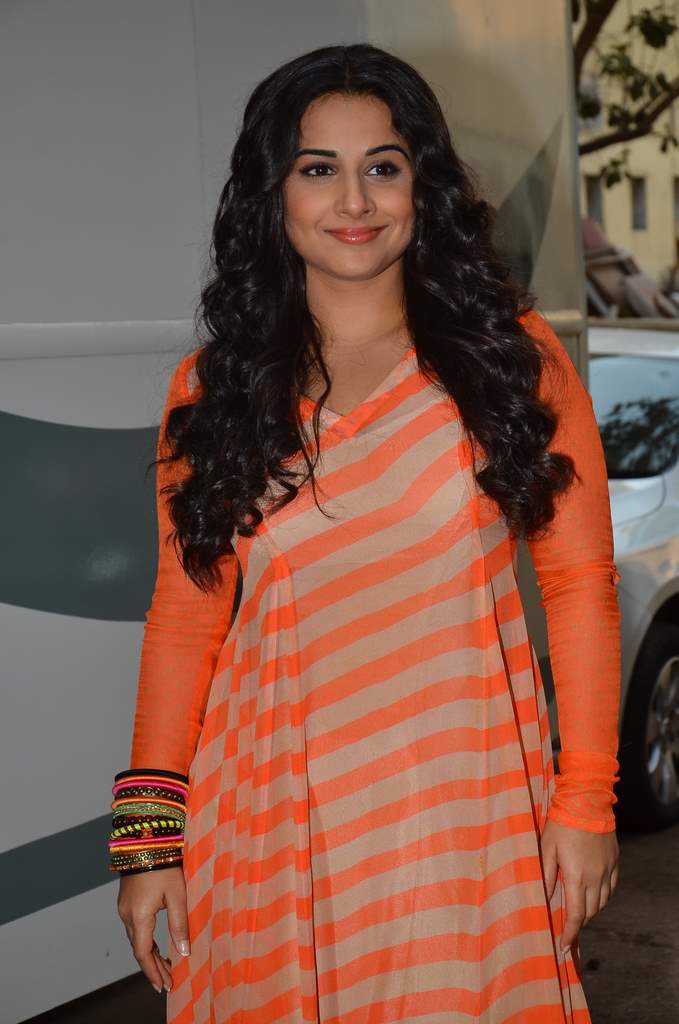 BollywoodGaram.com: Bollywood beauty Vidya Balan has been honored with one of the highest awards for her achievement and contribution to the film industry. The ‘Dirty Picture’ actress received the Padma Shri award by the President Pranab Mukherjee during a ceremony which was held in Rashtrapati Bhawan.

In recent times, Balan proved her acting abilities with some of the popular movies like ‘Ishqiya’, ‘Paa’, ‘Kahaani’ and ‘The Dirty Picture’. The career of the famous actress is on a roll and she is considered to be one of the most critically-acclaimed stars of the film industry. The actress has been proving her abilities constantly by playing different roles in movies.

Balan is also one actress in the industry who does not have any qualms about her weight and is happy the way she is and the way she carries herself. Before entering the film industry, the actress was seen on television. Balan starred as one of the daughters in the popular series of Hum Paanch, which was popular during the 90s.

Vidya started off in Bollywood with the movie ‘Parineeta’ opposite Saif Ali Khan and then was seen in the blockbuster movie ‘Lage Raho Munna Bhai’ opposite Sanjay Dutt. On December 12, 2012, the actress was married to Bollywood filmmaker and producer Siddharth Roy Kapoor in a private ceremony in Bandra, Mumbai.