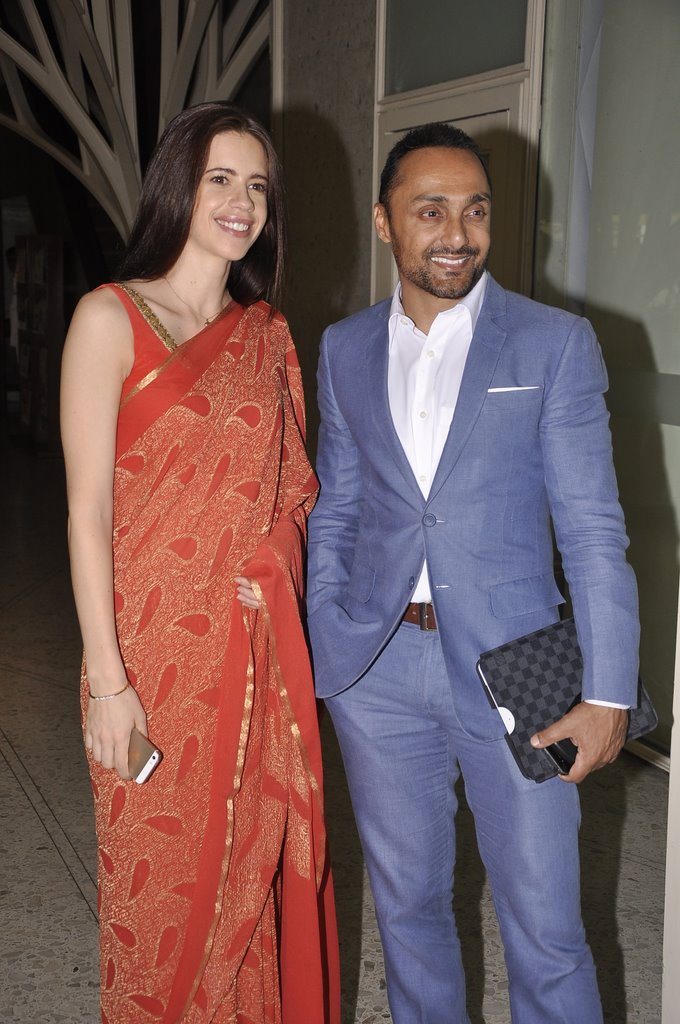 BollywoodGaram.com: Indian actress of French descent Kalki Koechlin attended an NGO event of Rahul Bose which was held in Tote in Mumbai on April 7, 2014. The press event was organised by the NGO Heal and the cause was preventing child sexual abuse.

During the event, Kalki shared some of her own experiences growing up. The ‘Shaitaan’ actress looked amazing in a red sari, while Rahul was dressed in a blue suit. The actress started her career with the movie ‘Dev D’ and then went on to play several supporting roles in many Bollywood flicks.