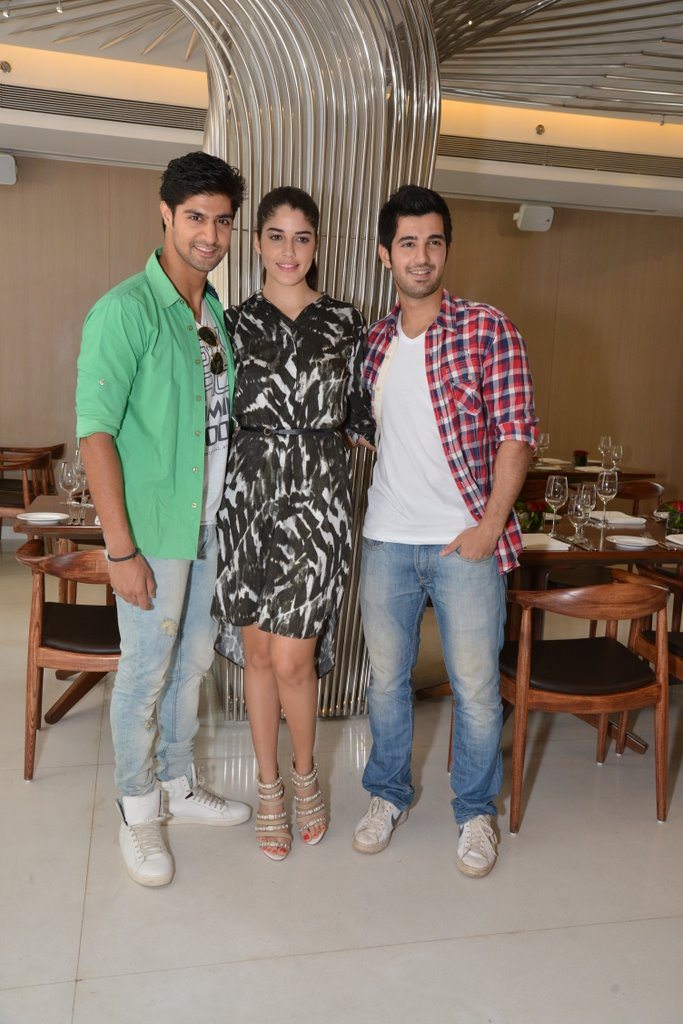 BollywoodGaram.com: Brazilian model and Bollywood actress Izabelle Leite, Aditya Seal and Tanuj Virwani were snapped having a delicious lunch at Neel, Andheri in Mumbai on April 8, 2014. Izabelle was dressed in a black and white summer outfit, while Tanuj and Aditya were seen in casuals.

Izabelle debuted in Bollywood with the movie ‘Sixteen’ in 2013. The beautiful actress is now waiting for the release of her upcoming movie ‘Purani Jeans’. Leite started her career as a model and has appeared in a number of commercials for various brands like Lakme, Big Bazaar and Nishat Linen.

Leite was nominated for the Best Female Debut Actress by Life OK Screen Awards 2014 for ‘Sixteen’.