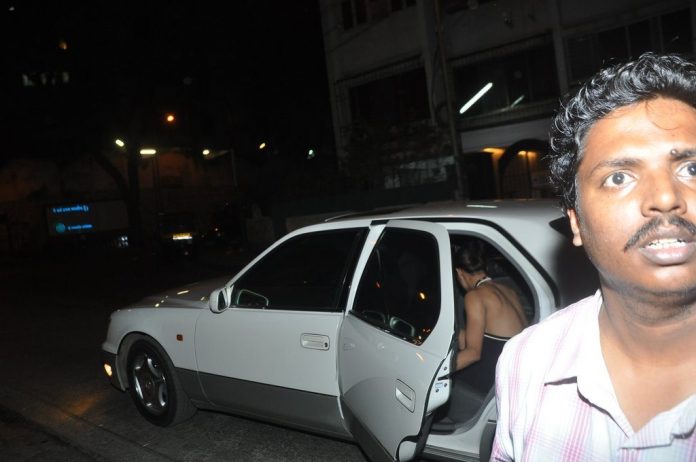 BollywoodGaram.com: Bollywood actress Sushmita Sen was snapped while she was on a dinner date in Mumbai on April 8, 2014. The ‘Fiza’ actress looked stunning in a black dress.

The popular actress drove away in a white car, which already had an unidentified man. In the past, Sen was linked to a couple of men from the industry. The Bollywood star made headlines when she adopted a daughter and named her Renee in 2000. At that time, the actress was a 25-year-old single woman.

In 2010, the actress adopted another daughter and named her Alisah. Sushmita made her Bollywood debut with the movie ‘Dastak’.