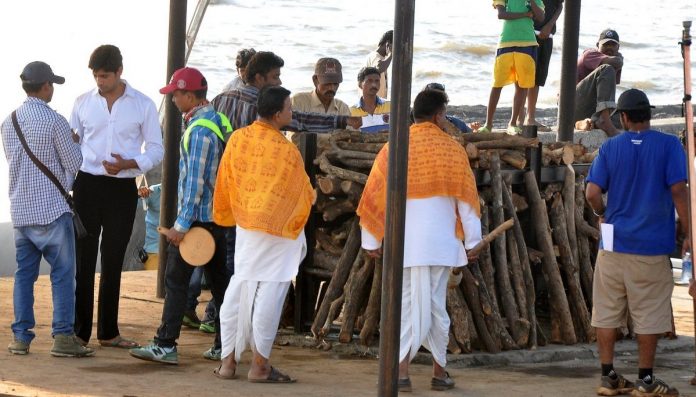 BollywoodGaram.com: Bollywood star Sidharth Malhotra was snapped on the sets of his upcoming movie ‘Ek Villain’. The movie is directed by Mohit Suri, the filmmaker behind the major blockbuster ‘Aashiqui 2’, which went on to become one of the biggest movies of 2013.

On the sets, Malhotra was seen getting ready for a scene in which he has to perform last rites. The upcoming flick also has Shraddha Kapoor. Apart from Shraddha and Malhotra, the movie also stars Riteish Deshmukh and Kamaal Radhid Khan, who will be making a special appearance.