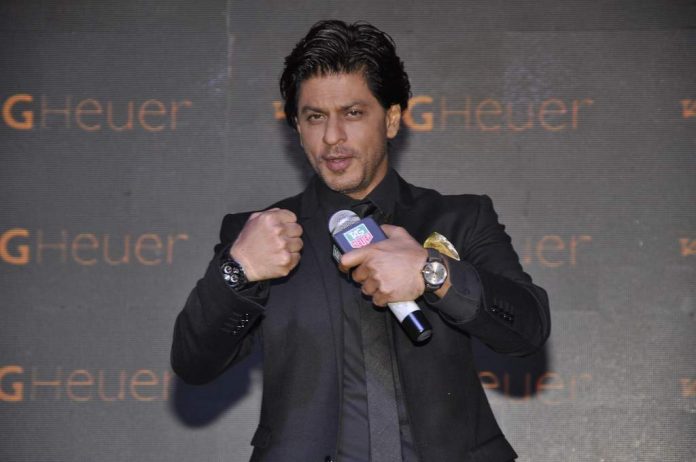 BollywoodGaram.com: One of the biggest stars in Bollywood, actor Shahrukh Khan has been announced as the Goodwill Ambassador of South Korea during a press conference which was held in Gurgaon on April 11, 2014. Khan is recognized not only as a Bollywood actor, but as a global star.

During the press event, the ‘Kabhi Khushi Kabhi Gham’ actor said that he feels proud and humbled. The Bollywood star also said that there were many choices, but he was glad to be chosen and was happy that he was considered good enough to be the Goodwill Ambassador. Khan went on to say that he would love to bring the two countries closer by visitations and through his movies. Shahrukh mentioned that he will try to make a movie in South Korea.

The actor received the honor for the next two years. The ‘My Name Is Khan’ actor recently finished shooting for the upcoming movie ’Happy New Year’ and he then flew to Delhi to attend the press meet.

Shahrukh received the honor from Korean envoy to India Joonngyu Lee. In 2008, the actor also received the title of ‘Datuk’ from the governor of Malaysia’s southern Malacca state, Mohamad Khalil Yaacub.