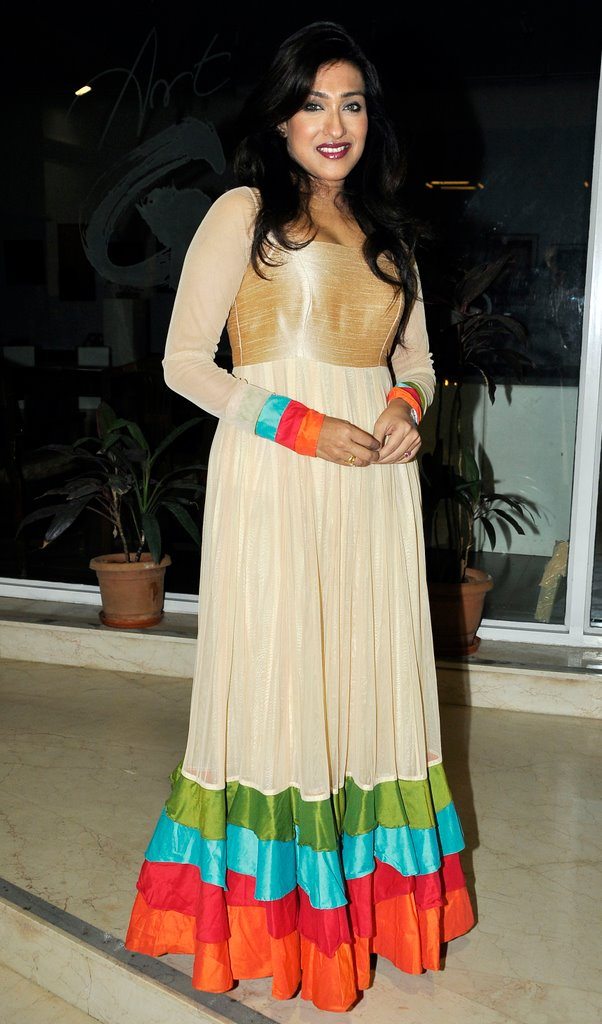 BollywoodGaram.com: Bengali actress Rituparna Sengupta attended the inauguration of 3 Amigos Art Exhibition, which was held at Nehru Centre in Mumbai on April 22, 2014. The 42-year-old actress looked gorgeous in a gold and beige outfit with some colorful details.

Rituparna is mostly known for her work in Bengali movies, but she was also seen in some Bollywood flicks. The actress has received the National Film Award in 1998 for the movie ‘Dahan’, in which she played a very bold and sensuous character. In 2011, the actress was seen in the movie ‘Dil Toh Baccha Hai Ji’ by Madhur Bhandarkar.

Rituparna has also worked in some earlier Bollywood movies, like ‘Life Express’, ‘Footpath’ and ‘Main Osama’.