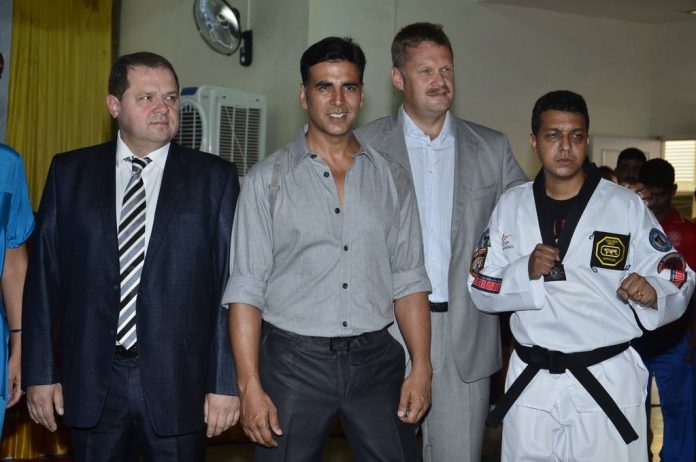 BollywoodGaram.com: The Khiladi star of Bollywood, Akshay Kumar launched the Tolpar knife training and unarmed combat training session event which was held in Mumbai on April 28, 2014. The latest initiative is part of the NGO Mukti Foundation by Smita Thackeray.

Russian martial art professionals held the one-day training session in association with Mumbai Police. Kumar did not only support the initiative, but the Bollywood actor was seen practicing some of the moves alongside the Russian experts. Fans of Akshay will be able to see their favorite star in the upcoming movie ‘Holiday: A Soldier is Never Off Duty’, opposite Sonakshi Sinha.

Sinha and Akshay have previously starred in the movie ‘Joker’, which did not do well at the box office.