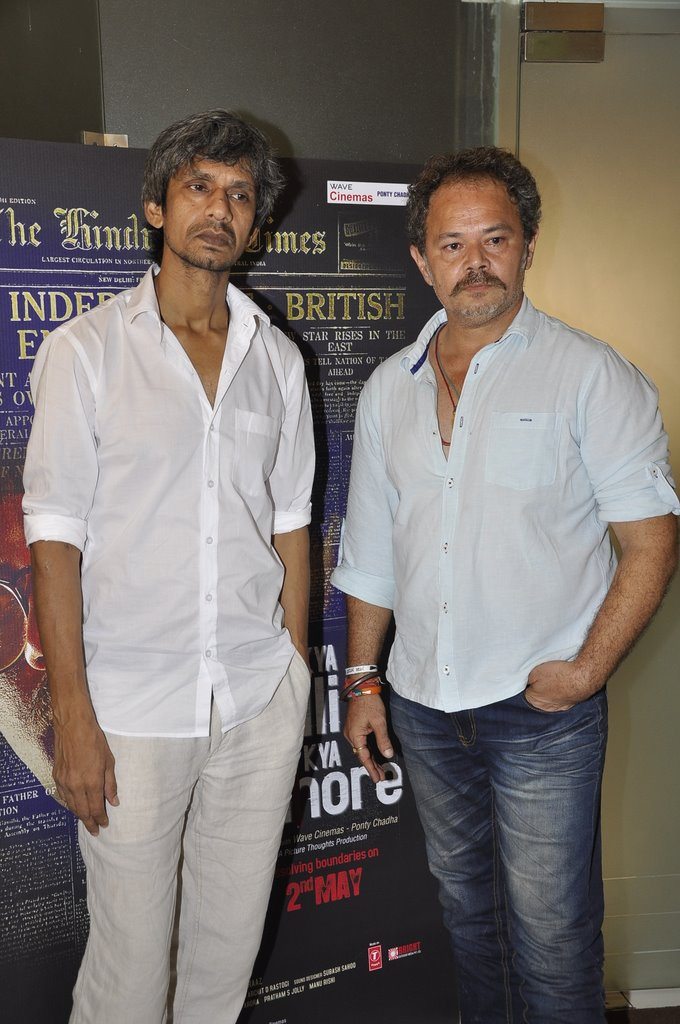 BollywoodGaram.com: The lead actors from the upcoming movie ‘Kya Dilli Kya Lahore’, Vijay Raaz and Raj Zutshi interacted with the media during a press conference which was held in Mumbai on April 28, 2014. The flick will mark the debut of Vijay as a director and is all set to hit theaters on May 2, 2014.

The upcoming movie is set in the post-independence period and narrates the time of Indo-Pak partition. The movie is produced by Karan Arora and the first look of the flick was released at Wagah Border, along with a colorful flag-lowering ceremony.

Apart from Vijay and Raj, the movie also has Vishwajeet Pradhaan.