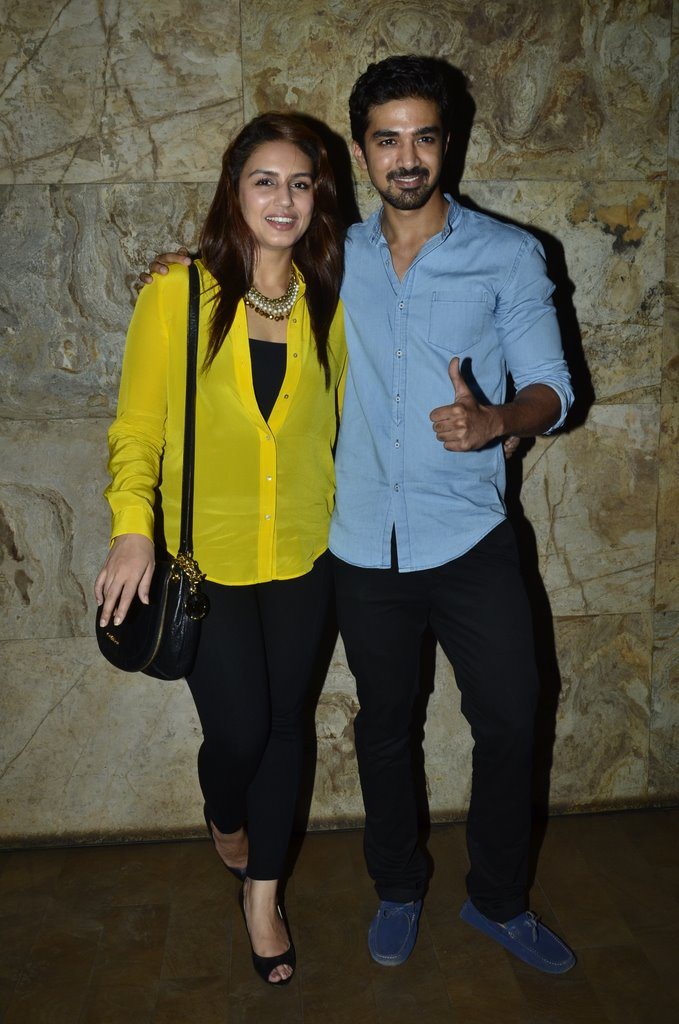 BollywoodGaram.com: Bollywood stars Huma Qureshi and Saqib Saleem attended the special screening of the latest Bollywood movie ‘Hawaa Hawaai’, which was held at Light Box in Mumbai on April 29, 2014. The flick is produced and directed by Amole Gupte and features Saqeeb and Pragya Yadav in the lead roles.

‘Hawaa Hawaai’ is a tribute to people who have the courage to dream big. In the upcoming flick, Saqib will be seen playing the role of a skating coach. Reports say that veteran actress Sridevi will be doing a cameo appearance in the flick, but she did not confirm the news so far.

Director Amol Gupte composed one song for the movie, while the rest of the songs are composed by Hitesh Sonik.