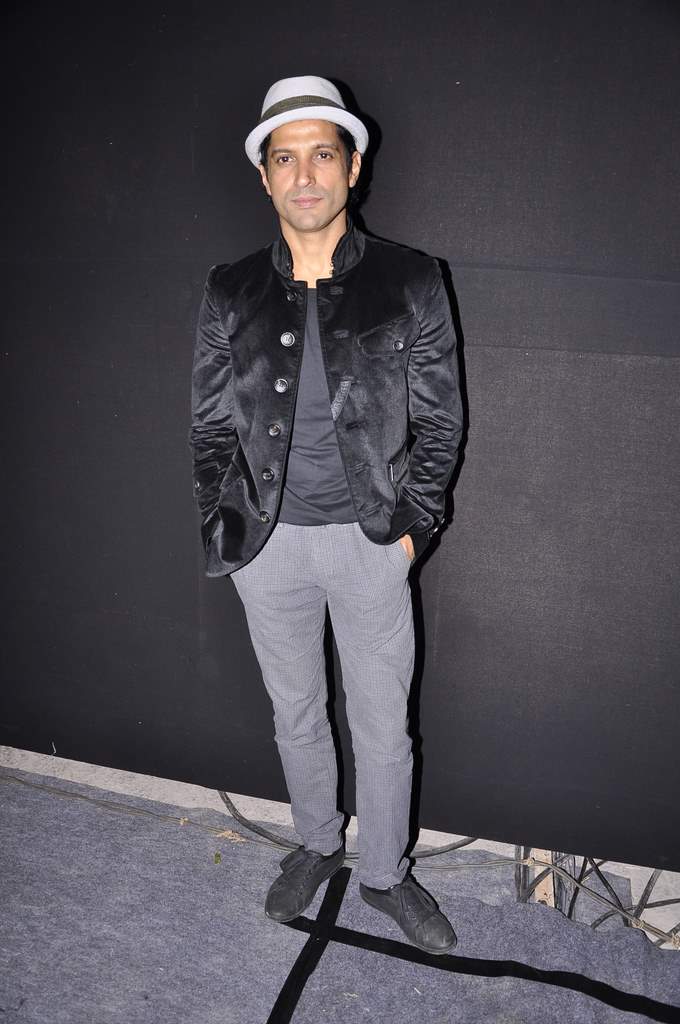 BollywoodGaram.com: Veteran Bollywood actress Juhi Chawla and actor and director Farhan Akhtar were honored by the Dadasaheb Phalke Academy during an awards ceremony which was held at Bhaidas Hall in Juhu, Mumbai on April 30, 2014. The two Bollywood celebrities were recognized for their outstanding performances in movies ‘Bhaag Milkha Bhaag’ and ‘Gulaab Gang’ during the 145th edition of the awards.

Other winners at the ceremony included singer Sunidhi Chauhan, who was awarded for her song ‘Kamli’ from the movie ‘Dhoom 3’. Chauhan thanked everyone and said that it feels like being on seventh heaven. The singer also expressed that she feels lucky that she was chosen for this award in 2014.

Even veteran actor Jeetendra was honored with the Dadasaheb Phalke Ratna award for his contribution to Hindi cinema.