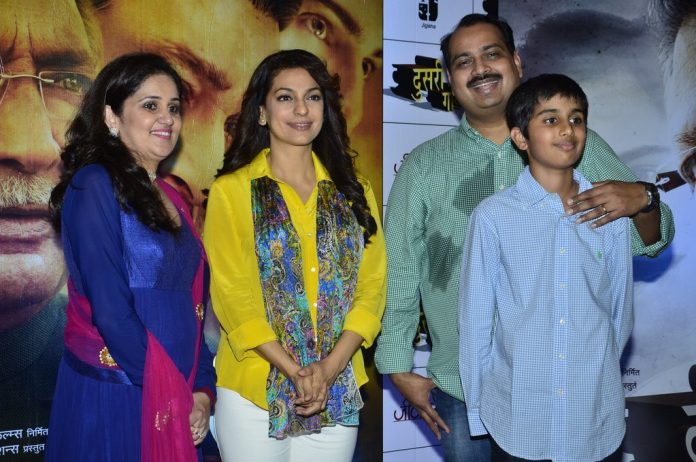 BollywoodGaram.com: Veteran actresses Juhi Chawla and Pallavi Joshi were present at the premiere of the upcoming Marathi movie ‘Dusari Goshta’, which was held in Mumbai on May 1, 2014. The famous Marathi actress Pallavi was seen attending a public event after a long time, while Juhi appeared in a casual yellow shirt and white trousers.

The latest Marathi movie ‘Dusari Goshta’ features Vikram Gokhale, Siddharth Chandekar and Sandeep Mehta in the lead roles. The flick is directed by Chandrakant Kulkarni, who also wrote the script. The movie was released in theaters on May 1, 2014.

Juhi took to her Twitter account and wrote that she was returning from a movie premiere and stayed until the end because it was so nice.