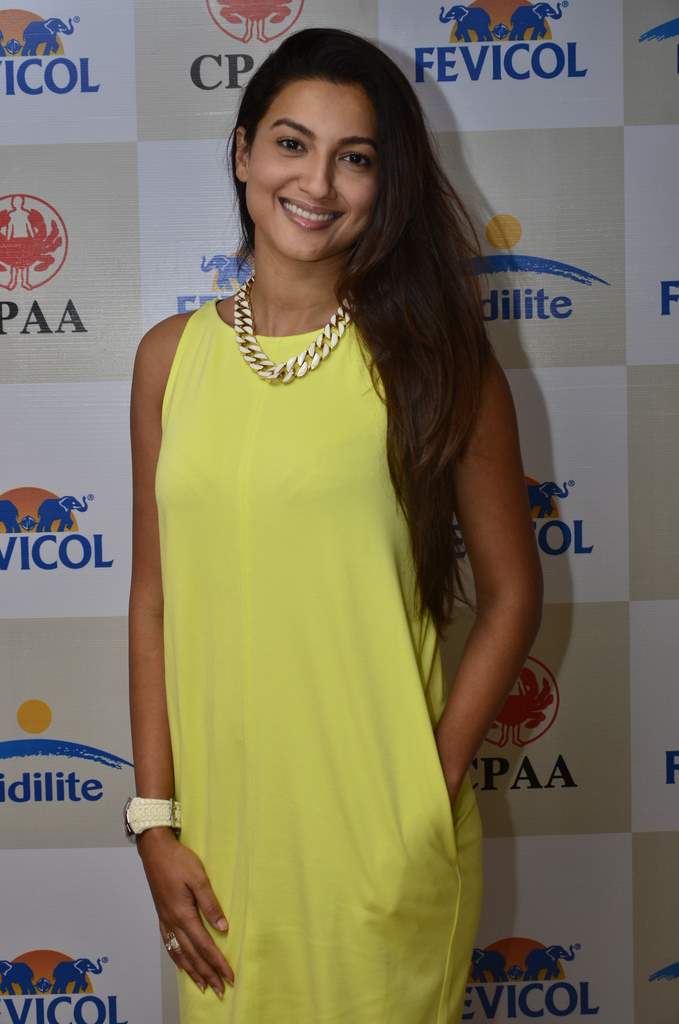 BollywoodGaram.com: Indian model and actress Gauhar Khan turned muse for the famous designer Shaina NC, along with actress Neetu Chandra. Gauhar showed up without any makeup and draped herself in six yards of silk. This way, the actress put all the attention on the attire, not herself. Khan also changed into a neon short dress in order to highlight the collection. The TV actress also participated on the reality show ‘Khatron Ke Khiladi’ and is now back to the glamour scene.

Neetu was also present at the designer’s store and was seen in a formal look, after which she changed into a sari by the designer.

The actress shot to fame with the Akshay Kumar-starrer movie ‘Garam Masala’.