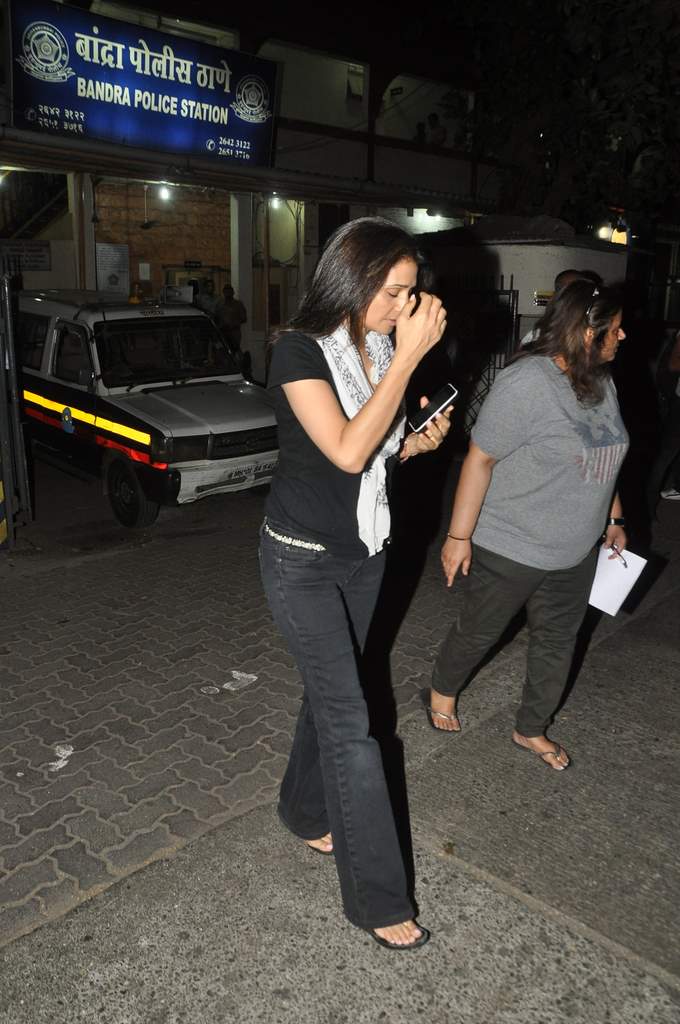 BollywoodGaram.com: Indian model Rhea Pillai – who is married to Indian tennis star Leander Peas – was snapped at the Bandra Police Station in Mumbai on May 8, 2014. Reports say that the model filed a complaint against her husband, alleging that Peas is trying to displace her from her house.

A formal complaint has been lodged by Rhea, who was accompanied by two friends. The latest report comes after the tennis star filed a criminal complaint against the model, stating that Pillai has been threatening him that she will take their daughter to the UK.

Pillai was earlier married to actor Sanjay Dutt, but they were separated after a couple of years.