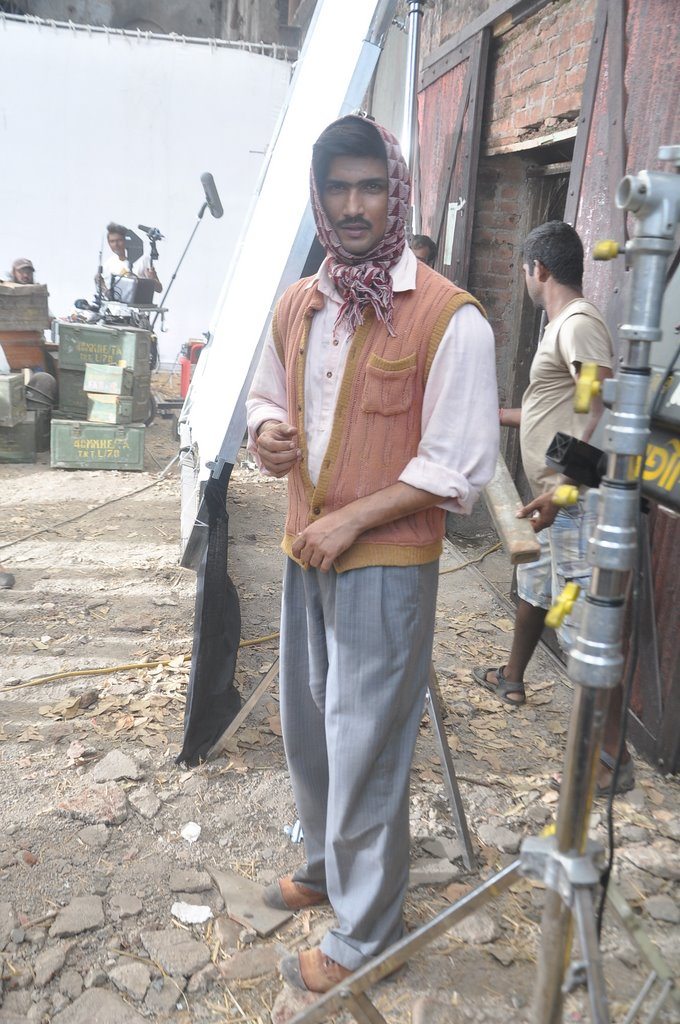 BollywoodGaram.com: The TV-turned-movie actor Sushant Singh Rajput was snapped on the sets of his latest flick, titled ‘Detective Byomkesh Bakshi’. It was almost impossible to recognize Sushant, as he was dressed in a completely different clothes while on the sets.

The ‘Kai Po Che’ actor sported a new look in order to play the role of detective Byomkesh Bakshi. The previous pictures of the movie also showed the Bollywood star in a different look and it seems like the actor will be donning multiple outfits to play his character.

The movie is directed by Dibakar Banerjee and is based with the backdrop of Calcutta during the 40’s era. ‘Byomkesh Bakshi’ is expected to be released on February 13, 2015.