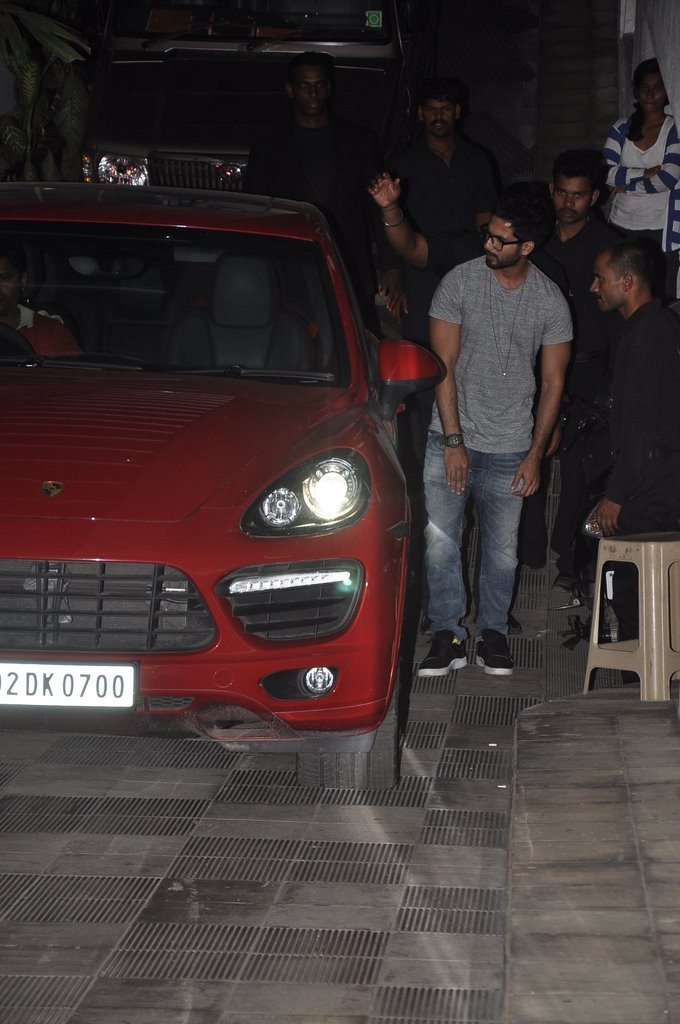 BollywoodGaram.com: Bollywood’s most eligible bachelor, Shahid Kapoor was snapped exiting Hakkasan restaurant which is located in Bandra area in Mumbai on May 12, 2014. Bollywood actress Jacqueline Fernandez was also snapped leaving the popular restaurant.

The stunning actress was seen sitting in the back seat of her car, while Shahid preferred to drive his own red Jaguar. The two stars were dressed casually for a night out at the restaurant. The Sri Lankan beauty has just returned from Poland, where she was shooting for the movie ‘Kick’.

The Bollywood actor was last seen in the movie ‘R…Rajkumar’ and is now gearing up for the release of his new movie ‘Haider’. The actor was recently snapped outside of his new house in Mumbai.