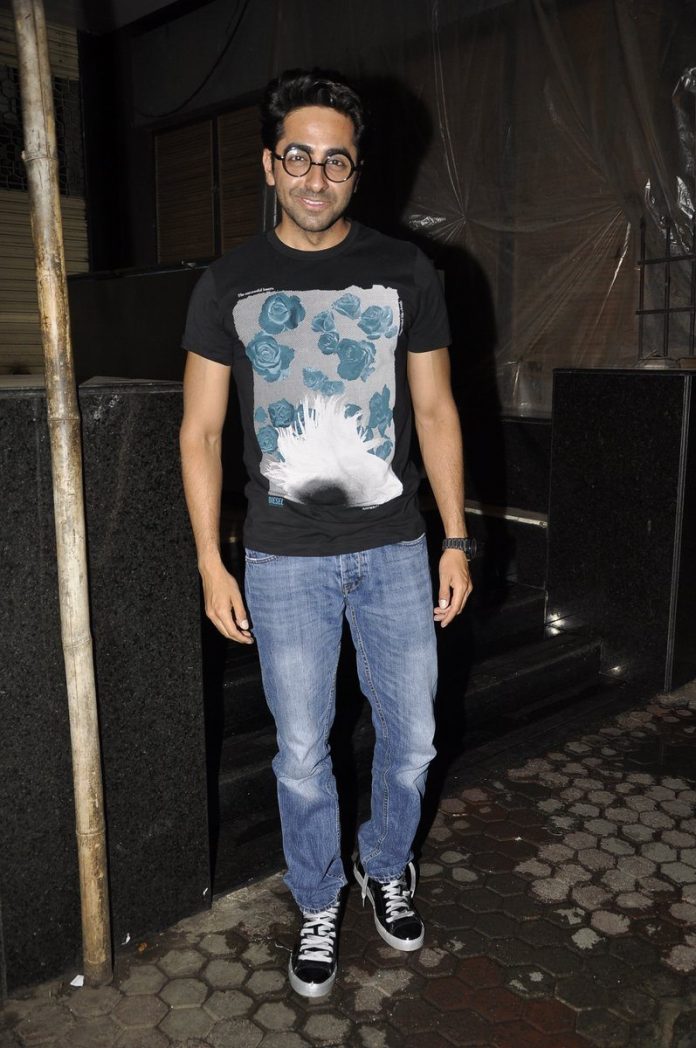 BollywoodGaram.com: Indian actor Ayushmann Khurrana was snapped on the streets of Bandra, as he was enjoying a stroll in Mumbai on May 15, 2014. Khurrana was seen in a black t-shirt, jeans and a pair of geeky glasses.

Khurrana shot to fame with the movie ‘Vicky Donor’, which was produced by John Abraham. The movie touched the subject of sperm donation. Ayushmann – who is also a singer – composed and sung the song ‘Paani Da Rang’ for the Bollywood flick.

In recent times, the actor appeared in movies like ‘Nautanki Saala’ and ‘Bewakoofiyaan’. Ayushmann is now all set to appear in the upcoming flick ‘Bambai Fairytale’.