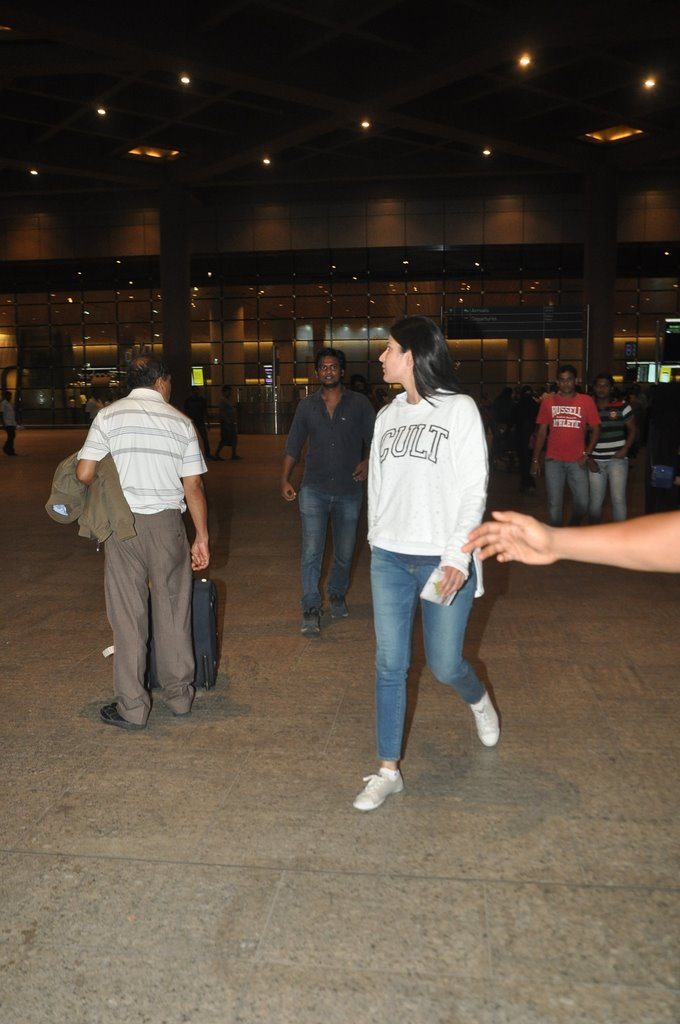 Bollywood hotties Katrina Kaif and Hrithik Roshan were snapped at the airport  on May 19, 2014 as they returned from Abu Dhabi. The actors have been shooting in Abu Dhabi for their upcoming film ‘Bang Bang’.

Siddharth Raj Anand is the director of the movie and it is reportedly a remake of Hollywood blockbuster ‘Knight and Day’. The entire team was in Abu Dhabi shooting for the film, and there are  now reports that the next breathtaking locale will be Prague.

The movie reportedly involves  a lot  of dangerous stunts. Hrithik is said to have performed his usual best when it came to the action sequences. Jr. Roshan also suffered from a head injury while performing one of the stunts.

Katrina and Hrithik were snapped in a comfy denim and t-shirt look.