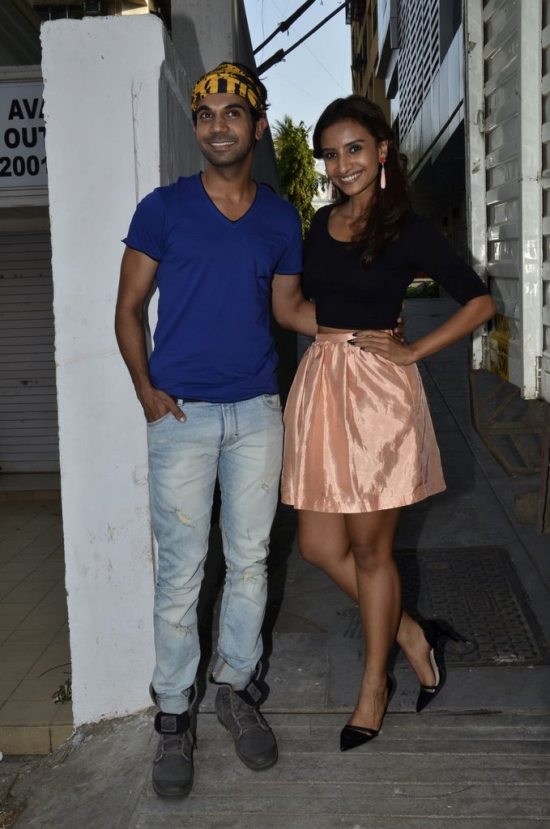 Bollywood stars Rajkumar Rao and Patralekha were spotted relaxing after the release of their much talked about movie – Citylights – the film hit theatres yesterday. The duo were snapped at Bandra in Mumbai on May 30, 2014.

The story of the film revolves around a poor farmer from Rajasthan coming to Mumbai in search of livelihood.

Well, we hope that audiences catch up with the film over the weekend!