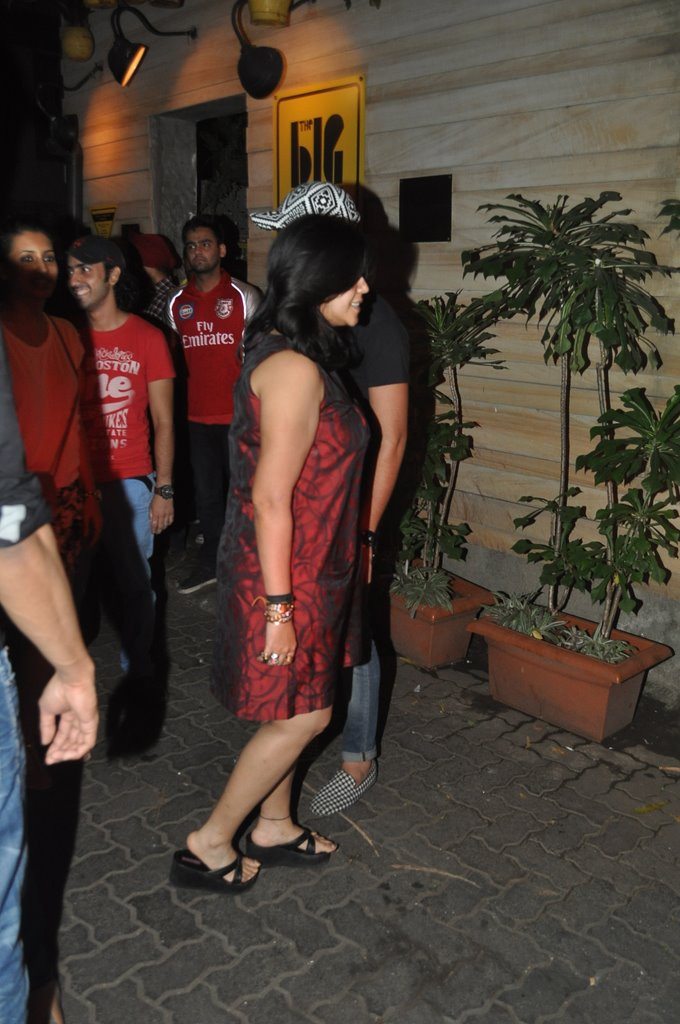 Television’s queen Ekta Kapoor was snapped with other celebs in Mumbai.

Indian TV and movie producer Ekta Kapoor was snapped with celebrities Anitha and Vikramaditya Motwane in Bandra, Mumbai on June 1, 2014.

Ekta is the head honcho of her company – Balaji telefilms which has been in the business of Indian television since 1997. The production house under Ekta has created history several times over by having some of the longest running shows on TV under their banner.

Some of the movies hit high in success and some of them tanked at the box office, but that did not stop Ekta from moving on and delivering good entertainment.

Dressed in a casual red and black dress, the otherwise workaholic Kapoor was in a relaxed mood.