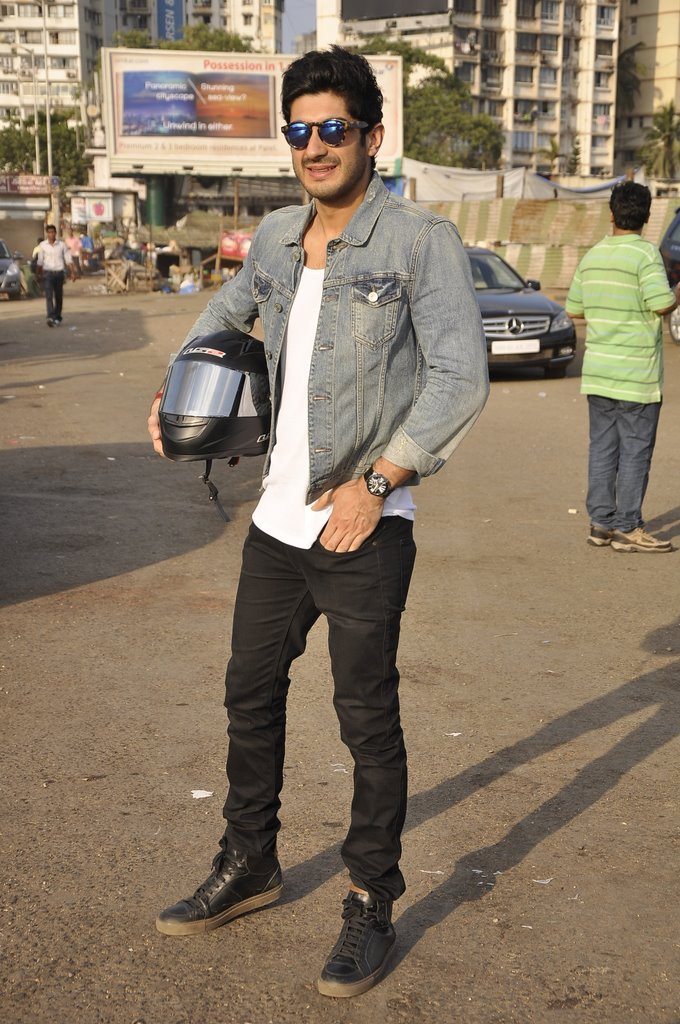 Bollywood actors Jimmy Shergill, Mohit Marwah, Vijender Singh, Kiara Advani and Arfi Lamba promoted their upcoming movie ‘Fugly’ at a bike rally in Worli, Mumbai on May 31, 2014. The entire team of ‘Fugly’ has geared up to promote their upcoming film.

The cast of the movie also promoted at the Viviana Mall in Thane on June 1, 2014. The movie has Jimmy, Mohit, Kiara, Vijender, Arfi and Anshuman Jha in the lead roles. Reports say that the movie will also have Akshay Kumar and Salman Khan playing a couple of roles.

The team of ‘Fugly’ announced the movie in 2013 and was initially supposed to be released on May 16, 2014 but then the release date was postponed to avoid clashing with Tiger Shroff movie ‘Heropanti’.

Promotional stunts which are zaraa hatke in style seem the flavour of the season. Movie promotion at a bike rally…hmmm…seems like Bollywood is at its creative best! Well, lets hope that a little bit of this creativity shows up in the movie as well!