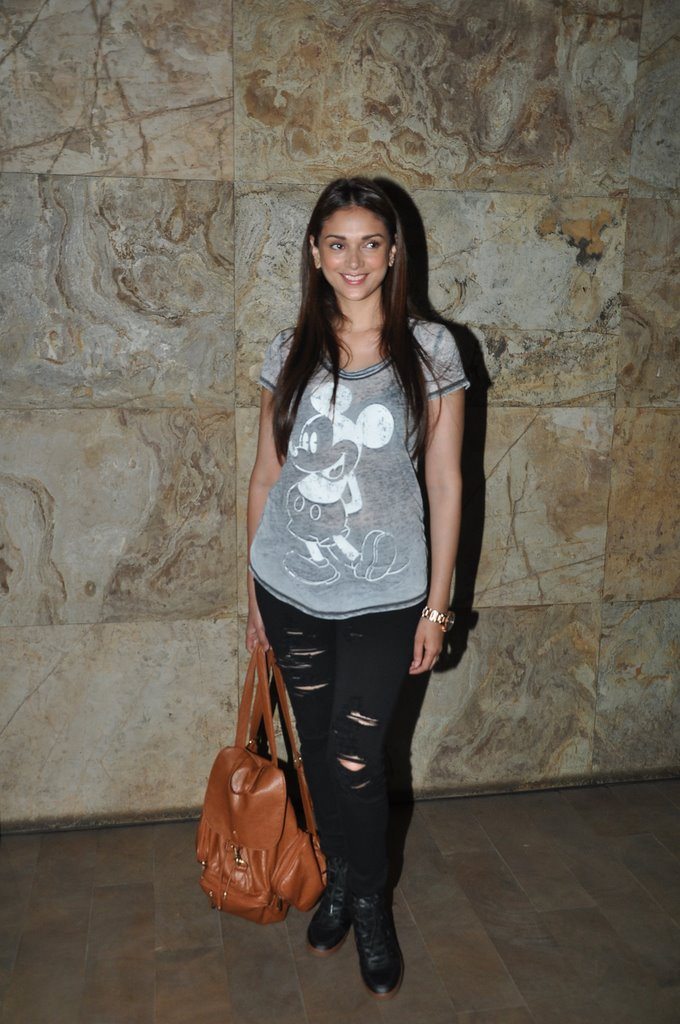 Indian actors Richa Chaddha, Aditi Rao Hydari and Evelyn Sharma attended a special screening of the Hollywood movie ‘Chef’ which was held at the Lightbox theatre in Mumbai, on June 2, 2014. The special screening was also attended by Arunoday Singh, Gautam Rode and Ali Fazal.

Bollywood’s upcoming talent Aditi Rao Hydari while interacting with the media said, “I have just come from a really hectic shoot so I am chilling today..’’ The actress shared that she is fond of food and that it keeps everyone happy.

Aditi was last seen in the movie ‘Boss’ and is currently working on the projects ‘The Legend of Michael Mishra’ and ‘Guddu Rangeela’.