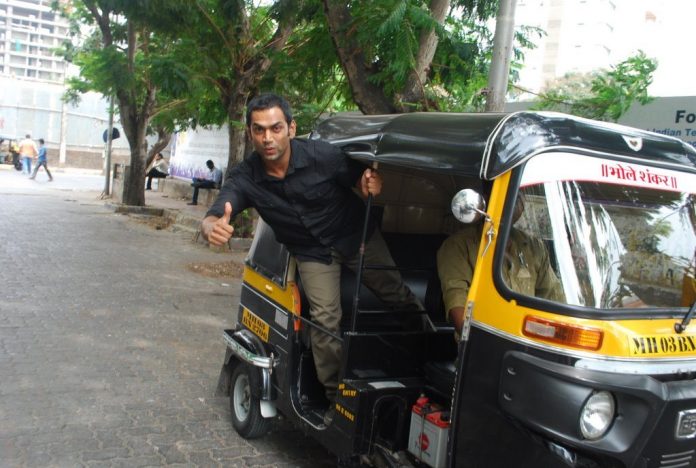 In another instance of an innovative promotion stunt, lead actors of the movie ‘Filmistaan’ were seen promoting their movie outside the residences of Bollywood superstars Amitabh Bachchan and Shahrukh Khan in Mumbai on June 2, 2014.

The movie ‘Filmistaan’ is directed and written by Nitin Kakkar.

The story revolves around a boy named Sunny who is a Bollywood maniac and wants to become an actor, he fantasises about becoming the quintessential Bollywood heart-throb.