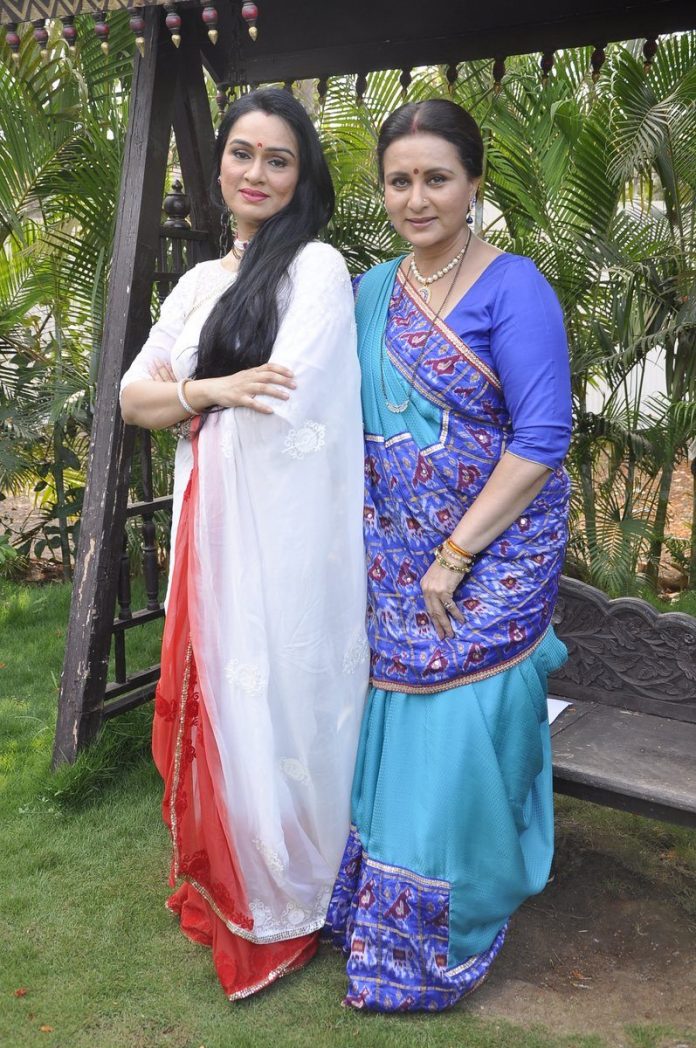 Actresses Poonam Dhillon and Padmini Kolhapure were snapped on sets of Ekk Nayi Pehchaan in Mumbai.

Veteran actresses Poonam Dhillon and Padmini Kolhapure were snapped on the sets of the TV show ‘Ekk Nayi Pehchaan’ in Mumbai on May 2, 2014.

‘Ekk Nayi Pehchaan’ is a TV Series airing on Sony which has strong elements of women empowerment and education through relationships. The series is focused on the relationship between a mother-in-law and a daughter-in-law.

The story begins when Sharda played by Poonam meets Sakshi played by Krystal D’souza on a train journey.Certain circumstances arise when Sharda comes to know that Sakshi is going to be her daughter-in-law. The story is one of the very few television shows with an unconventional story line.

The two actresses were seen bonding like old girlfriends!