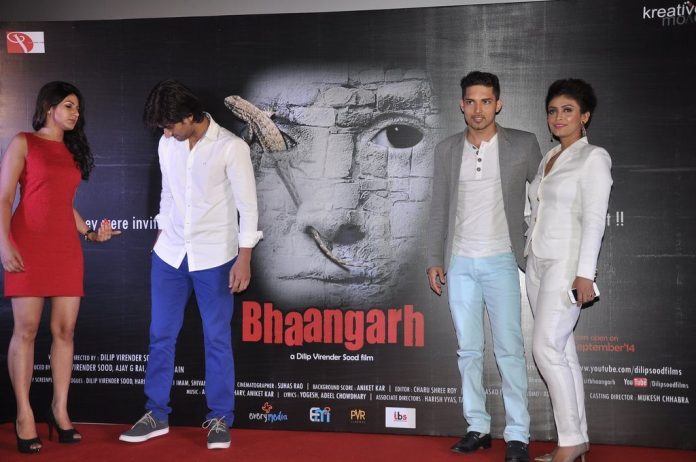 Bollywood has always had its fascination with horror films, upcoming film Bhaangarh takes this fascination a step forward. Bhaangarh had its trailer video launch in Mumbai on June 3, 2014.

The film is directed by Dilip Sood and is all set to hit theatres on September 5, 2014.

The film’s horror USP is upped by the fact that it is associated with the folk legend of the Bhaangarh fort in Rajasthan, India. The fort is often known as ‘India’s officially haunted place’. Entry into the fort’s premises before and after sunset is legally prohibited for residents and tourists alike.

Director Dilip Sood spoke to the media about his fascination with horror films, he said, “Since childhood I have been a huge horror fan with a special interest in slasher and psychological horror films. Through ‘Bhaangarh’, I have tried to deviate from the traditional Indian horror film and give audiences a new experience which draws from both these sub-genres.”

‘Bhaangarh’ is a story of six friends who carelessly pay no heed to the warning board outside Bhaangarh’s fort gates, which state that – entering the borders of Bhaangarh before sunrise, and after sunset is strictly prohibited. Legal action would be taken against anybody who does not follow these instructions – followed by a spooky night in the forts horrifying confines.