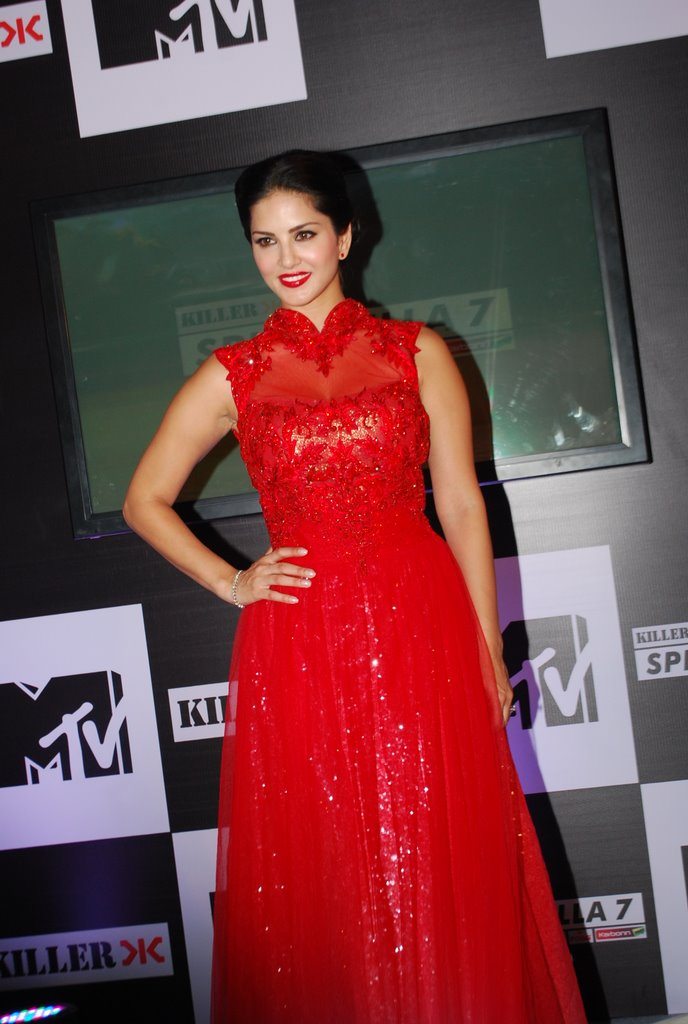 Indo-Canadian actress Sunny Leone attended the launch event of MTV’s flagship show – ‘Splitsvilla’. Leone sizzled in a red-hot gown. The ‘Ragini MMS 2’ actress is all set to host the controversial show this season.

The actress currently is working on projects like ‘Tina and Lolo’ and ‘Mastizaade’. Sunny will also be seen in a Tamil movie soon.

Well, considering the fact that the starlet has relocated from a completely different country and industry, she has clearly proved all her critics wrong by carving out a niche for herself.

Here’s wishing the stunning beauty kudos on all her achievements!