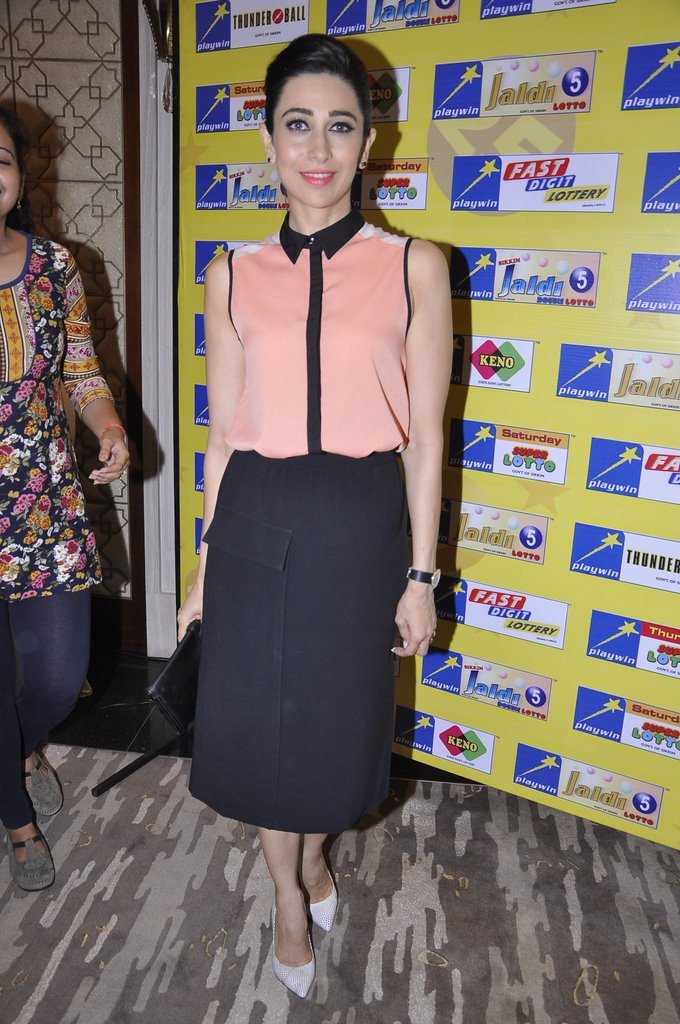 Bollywood actress Karisma Kapoor congratulated the winners of the Playwin Sikkim Jackpot in Mumbai on June 5, 2014. The ‘Fiza’ actress looked fabulous in a skirt and a peach top for the felicitation event.

Karisma interacted with the media and said, “I hope even I win a lottery tonight.” The actress was also asked about her Bollywood comeback plans, to which she said that her children are  still young and  that she doesn’t mind acting if a good script comes by.

Reports say that the actress will be seen in a special appearance in the upcoming movie ‘Bombay Talkies’ which is directed by stalwart director Anurag Kashyap.

Audiences would sure love to see the lissome Kapoor beauty back on the silver screen.