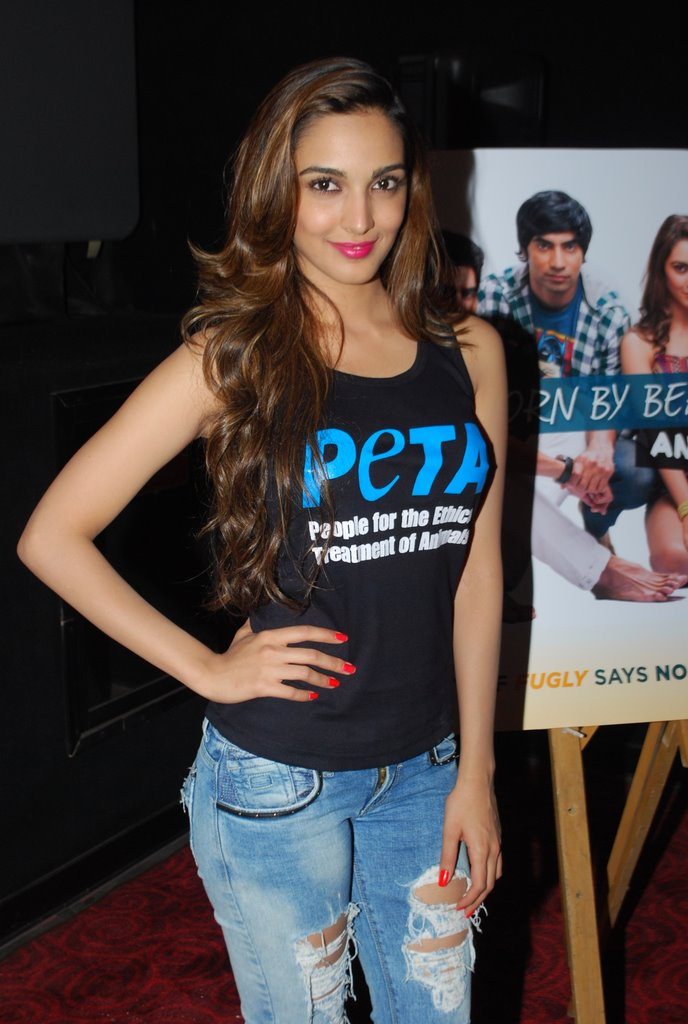 The star-cast of upcoming movie Fugly are all out in support for PETA’s ‘Fur is Ugly’ campaign.

The lead actors of the upcoming movie ‘Fugly’ in association with PETA (People for Ethical Treatment of Animals), supported their cause – ‘Fur is Ugly’. The campaign was attended by leading actors Arfi Lamba, Vijender Singh, Mohit Marwah and Kiara Advani.

Kabir Sadanand has directed the movie and it is produced by none other than Bollywood’s ultimate khiladi – Akshay Kumar. The director while talking about the movie in an earlier interview had said that it is a social thriller movie which has a social message.

The movie was earlier supposed to be released on May 16, 2014, but has now been postponed to avoid clashing with newbie Tiger Shroff’s debut film –  ‘Heropanti’.