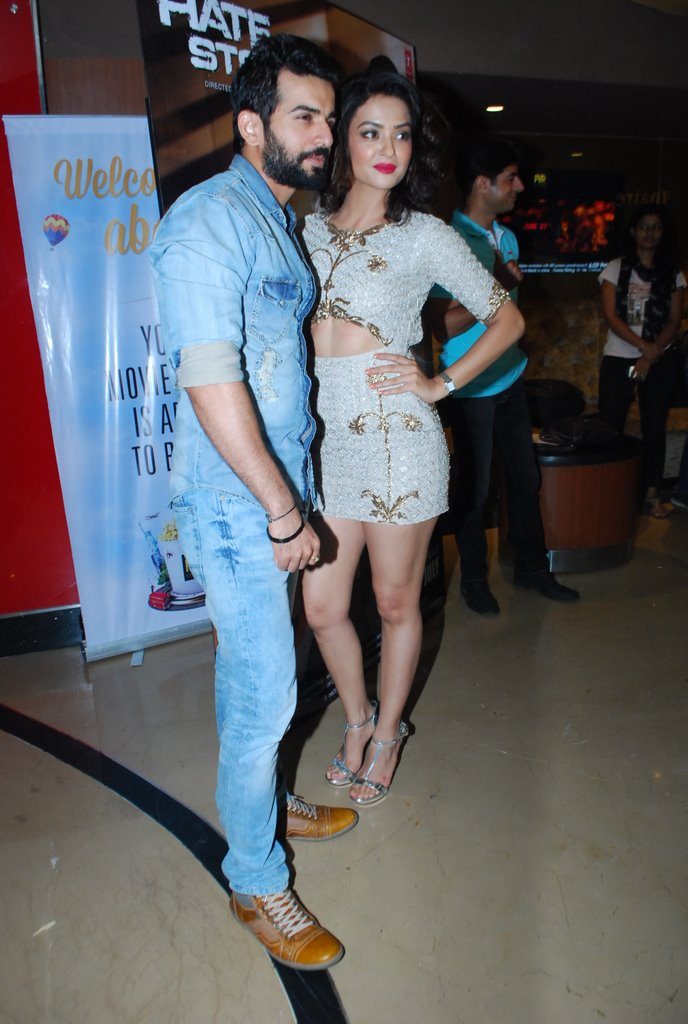 Surveen Chawla and Jay Bhanushal were at the trailer launch of their upcoming film ‘Hate story 2’ in Mumbai.

Bollywood actors Surveen Chawla and Jay Bhanushali launched the trailer of their upcoming movie ‘Hate Story 2’ at PVR in Mumbai on June 5, 2014. The new thriller movie is a sequel to the 2012 ‘Hate Story’.

Sushant Singh will be seen playing a negative role. The movie will also see actress Surveen Chawla playing a bold and sexy role for the first time.

The trailer of the film promises an action packed movie experience; murder, violence, passionate relationships all rolled into two hours of screen time!