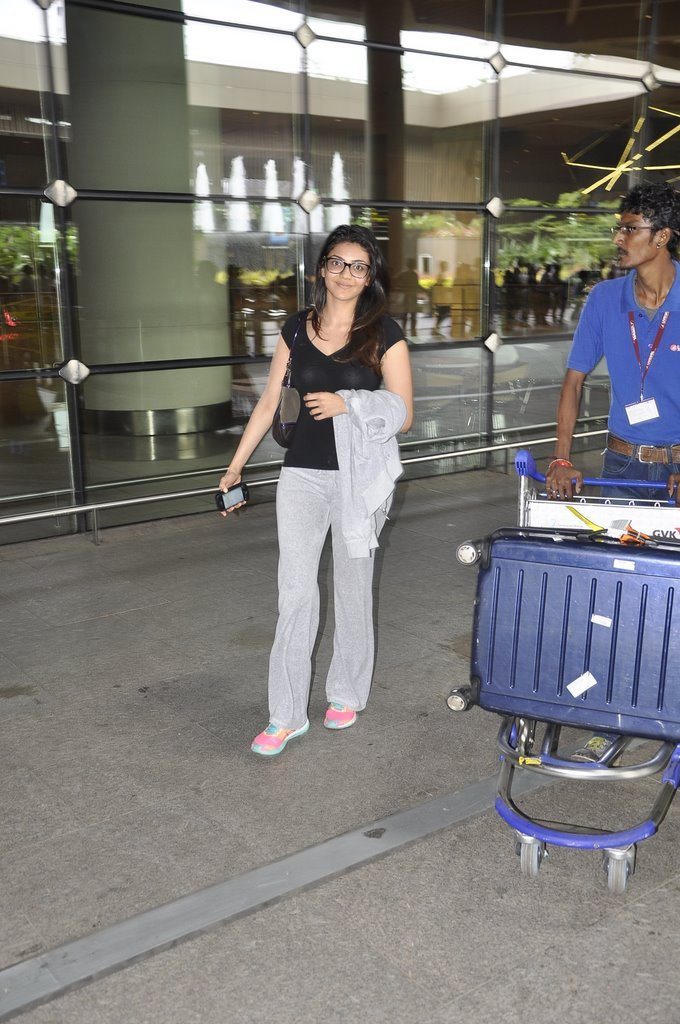 Starlet Kajal Agarwal  spotted at the airport in Mumbai.

Indian actress Kajal Agarwal was snapped at the Mumbai airport as she returned from London on June 5, 2014. Obviously exhausted after the long flight, the actress still managed pose and smile for the shutterbugs.

The ‘Singham’ actress was seen in a grey track suit teamed up geeky glasses.

The starlet had started her career in Tamil and Telugu movies and made her Bollywood debut in 2004 with the movie ‘Kyun…! Ho Gaya Na’. However, the actress shot to fame in the Hindi film industry with Ajay Devgan’s blockbuster movie – ‘Singham’ – in which she played the love interest of the leading hero.

At present the actress is working on an untitled project by Ajoy Verma which is under pre-production at present.