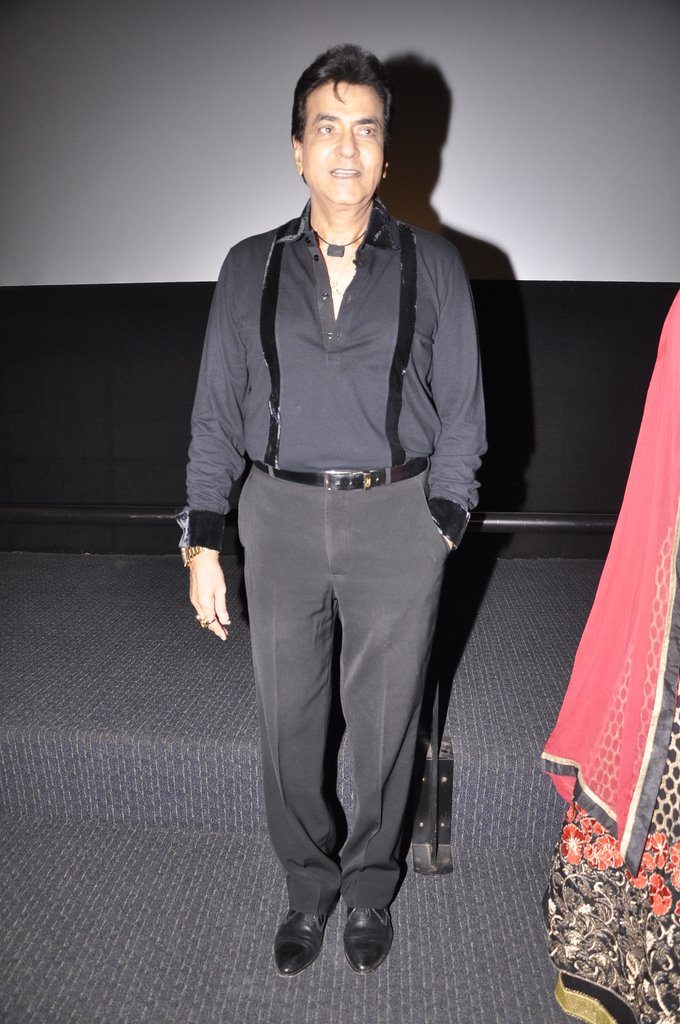 Veteran Bollywood actor Jeetendra attended the premiere of the Marathi movie ‘Hu Tu Tu’ in Mumbai on June 5, 2014. The movie has already hit theatres this week. The film is directed by Kanchan Adhikari and is produced by Harshwardhan Bhoir.

Jeetendra appeared in a black trouser and shirt for the film’s premier.The actor’s active career spanned during the 60s to the 90s and he was frequently paired with actresses Sridevi and Jaya Prada. Not many know that he has also done a few Telugu remakes of Hindi movies.