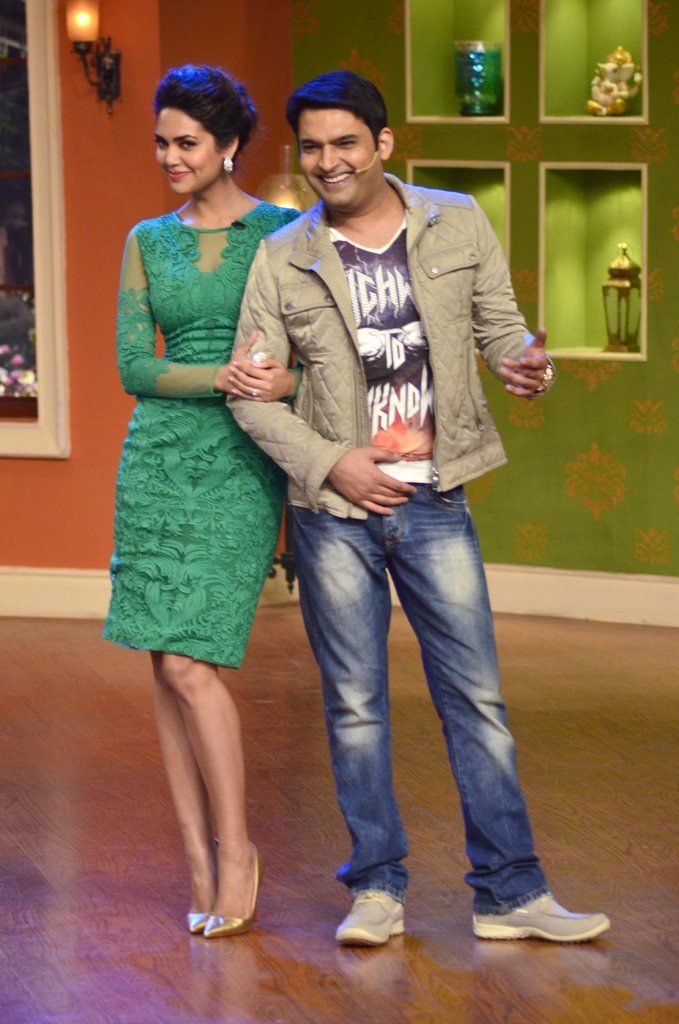 It’s promotion time again for the actors of Humshakals.

Director Sajid Khan was also present with the entire team of actors.

Humshakals is all set for release on June 20, 2014. The film is being touted as a complete laugh riot as it will feature all the three lead actors – Ram Kapoor, Riteish Deshmukh and Saif Ali Khan playing triple roles to woo the ladies.

The photographs of the Humshakals team on the sets of Comedy Nights with Kapil clearly resonate some absolute entertainment.

The actors interacted with the characters of the show – Daadi and Palak. All the three lead heroes pulled some serious antics on stage.

Comedy Nights with Kapil has become a popular platform for movie stars to promote their films in an effective manner. The show’s immense popularity on TV is a sure shot way for films to garner major publicity.

Well, we hope that after all this the audiences do end up laughing at the movie theatres on June 20!