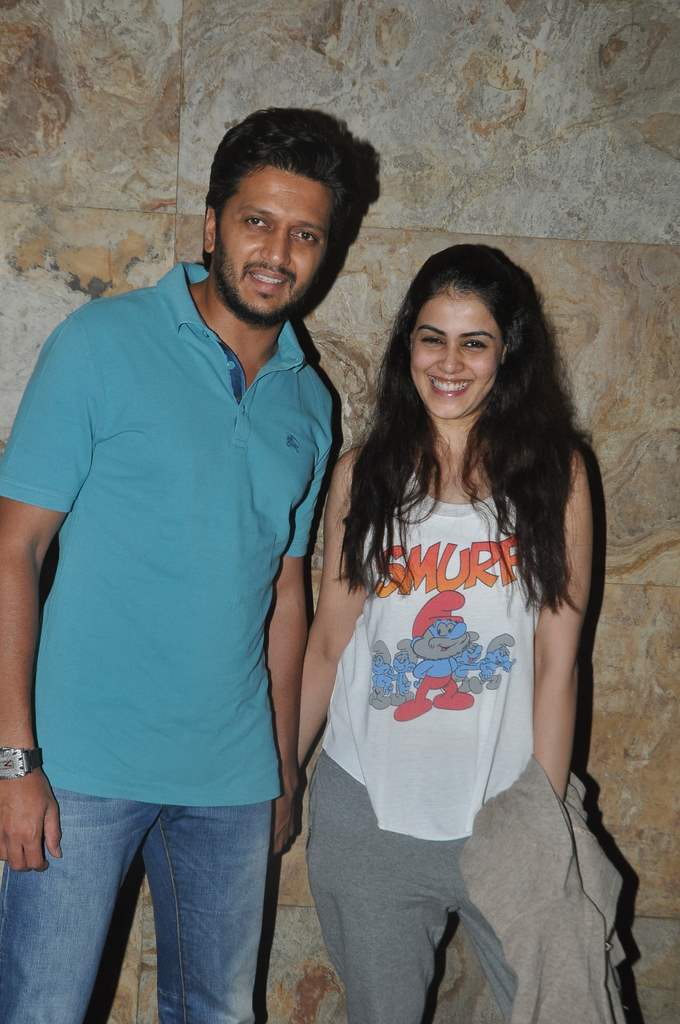 A New addition for Riteish Deskhmukh and Genelia D’souza.

Bollywood actors Riteish Deshmukh and his lovely wife Genelia D’souza are expecting their first child. Speculations about Genelia being pregnant were doing the rounds of the media since a couple of months now, but the two weren’t ready to divulge details just as yet.

Riteish made the official announcement and said that they are expecting their first baby soon. The to be father is very excited and said that he and his wife are thrilled to welcome their first child. Genelia was recently snapped with a baby bump which was what sparked the pregnancy rumours.

Riteish and Genelia are considered the cutest couple of Bollywood. The two got married after dating for a decade on February 3, 2012. The couple took their vows in accordance to Maharashtrian as well as Christian rituals. Just a few days back Riteish’s younger brother Dhiraj Deshmukh and wife Deepshikha Bhagnani became proud parents of a baby boy.

After star kid Aaradhya Bachchan, it will be Genelia and Riteish’s kid who will be the most watched and followed celebrity baby. The Bachchan family for a long time had kept their grandchild away from the eyes of the media. Riteish is currently busy promoting two of his upcoming movies ‘Humshakals’ and ‘Ek Villian’.