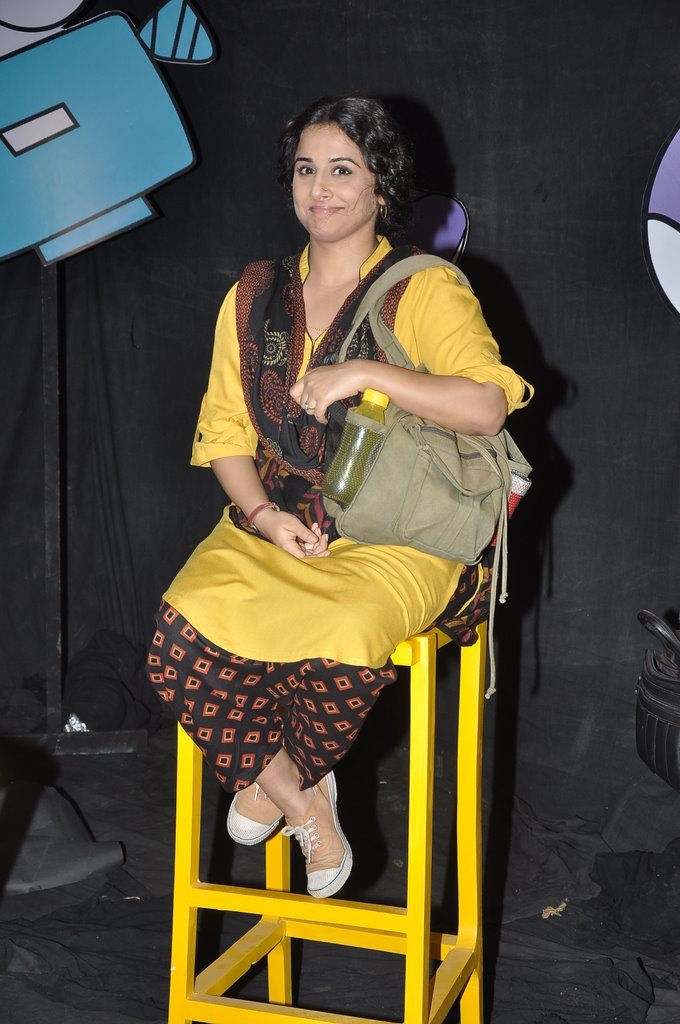 Vidya Balan appears in character on the sets of Disney’s Captain Tiao.

In a recent interview Vidya had spoken about her experience of shooting ‘Bobby Jasoos’, she described it as a very unique experience and mentioned that the team had done plenty of research and also met a few real life detectives before they began shooting.

Bobby Jasoos is directed by Samar Shaikh and produced by Dia Mirza and Sahil Sangha under their banner – Born Free Entertainment. The film has a heroine-centric plot and thus, Vidya will once again carry the entire film on her shoulders. This is not the first time the actress will take on a female-centric role, films like ‘The Dirty Picture’ and ‘Kahaani’ saw Vidya shoulder the quintessential Bollywood hit all on her own.

Sadhil on the show interacts with celebrities from different walks of life and corners them with funny and embarrassing questions. Vidya arrived on the show in her Bobby Jasoos attire and spontaneously answered all of the questions.