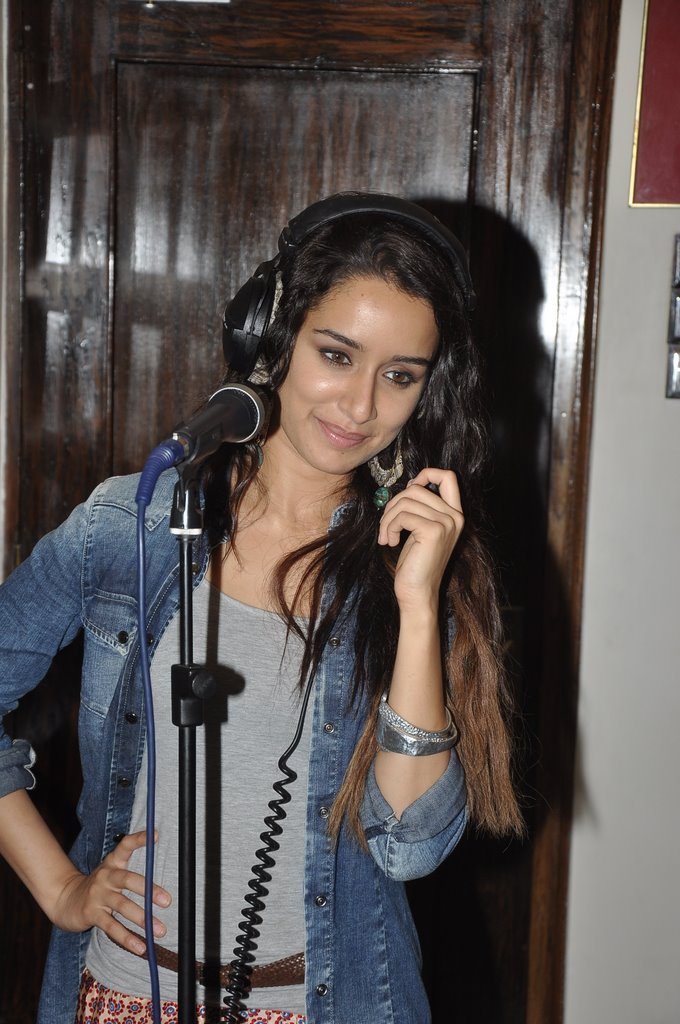 Bollywood actress Shraddha Kapoor was seen promoting the music of her upcoming movie ‘Ek Villian’ at Juhu in Mumbai on June 7, 2014. The actress sported a cool and casual look for the music launch.

‘Ek Villian’ also stars Sidharth Malhotra and Riteish Deshmukh. The movie is a romantic-thriller which is directed by Mohit Suri and is produced by Ekta Kapoor under her banner Balaji Motion Pictures. The film will also see actor Riteish Deskhmukh trade away is characteristic comedy image for a negative role, this is the first time that the ‘Masti’ star will take on a dark role.

The movie will hit the theatres on June 27, 2014. Earlier reports had claimed that the movie was a remake of the Korean movie ‘I Saw The Devil’ but the director later refuted any such claims.

The reason Shraddha can be seen using some recording studio gizmo in the photos, is because the actress also makes her singing debut in Ek Villain.

Well, here’s wishing the starlet great success for all her upcoming adventure’s.