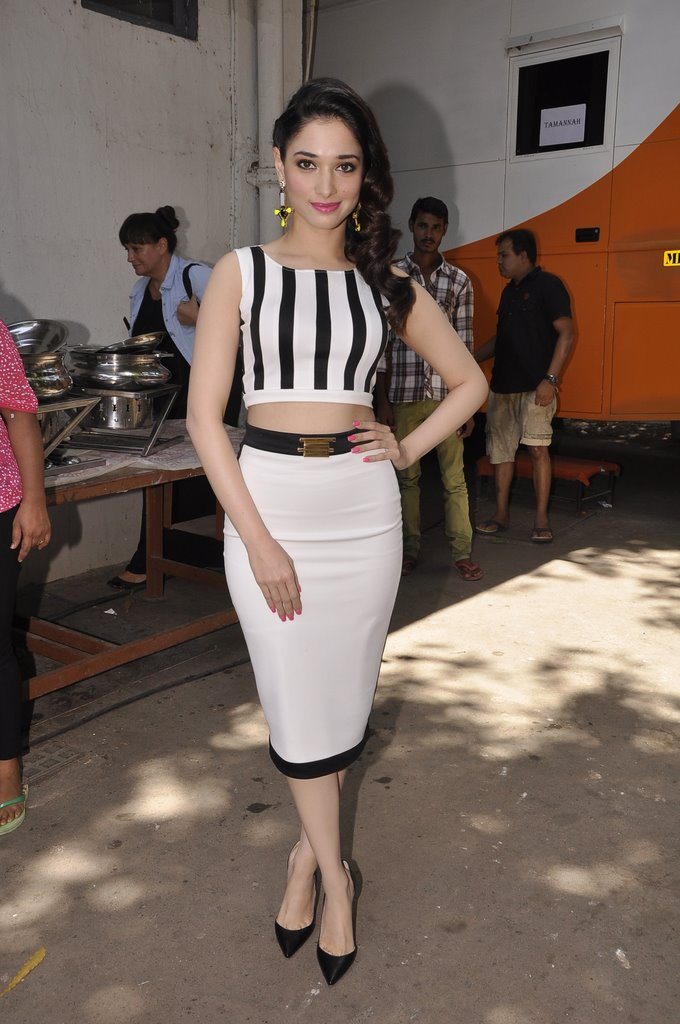 After promoting on Jhalak, Humshakals stars on the sets of Dance India Dance.

During recent promotion events, Saif Ali Khan said that he personally wanted to do comedy and he loves Sajid. He also added that Humshakals is the funniest film that he has ever done.

‘Humshakals’ is promised to be a complete laugh riot, as it will see all the three male actors play triple roles to woo the ladies in the film.

The film is produced by Vashu Bhagnani and is all set to hit the theaters on June 20, 2014.

The Humshakals team has been on a whirlwind tour to promote their movie, all the lead stars were recently seen on the sets of Jhalak Dikhhla Jaa and Comedy Nights With Kapil. Promoting films via television shows seems to be the inn thing this season.

Well, we hope that audiences do get their promised dose of laughter.