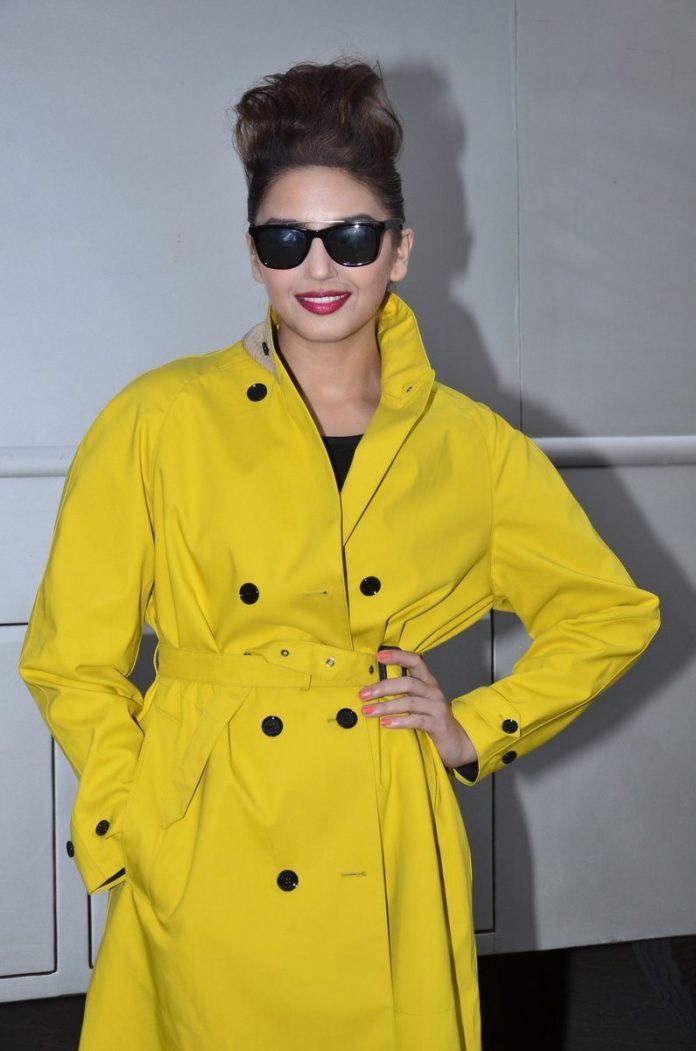 Bollywood actress Huma Qureshi was snapped at a Femina photo shoot held at Mehboob Studios on June 11, 2014. The actress in recent times is working hard to get a slim look and definitely appeared leaner.

Huma is preparing for her role in an upcoming movie opposite Varun Dhawan.

In more news, Qureshi reportedly bought a new home in May, 2014 and said that she has been going through various architectural magazines and has been visiting some home decor stores as and when time permits. The actress added that she wishes to give her house a very personal touch.

Qureshi was last seen in the movie ‘Dedh Ishqiya’ and is currently filming for a Marathi movie ‘Highway’.