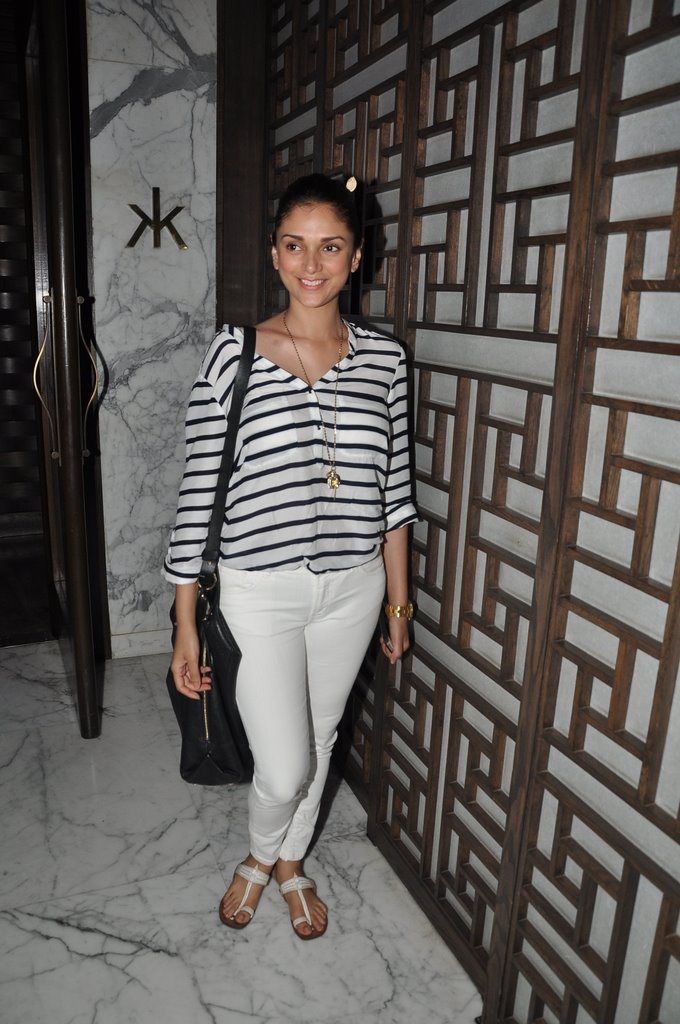 Indian actress Aditi Rao Hydari was seen at the anniversary bash of the Hakkasan restaurant in Mumbai on June 13, 2014.

Aditi looked chic in a white pair of jeans and a striped t-shirt.

The actress is currently filming for the movie ‘The Legend of Michael Mishra’ and ‘Guddu Rangeela’.

Hydari had made her acting debut with the Tamil movie ‘Srirangam’ in which she played the role of the lead character ‘Devadasi’. The actress was also appreciated for her role in ‘Murder 3’ opposite Randeep Hooda.